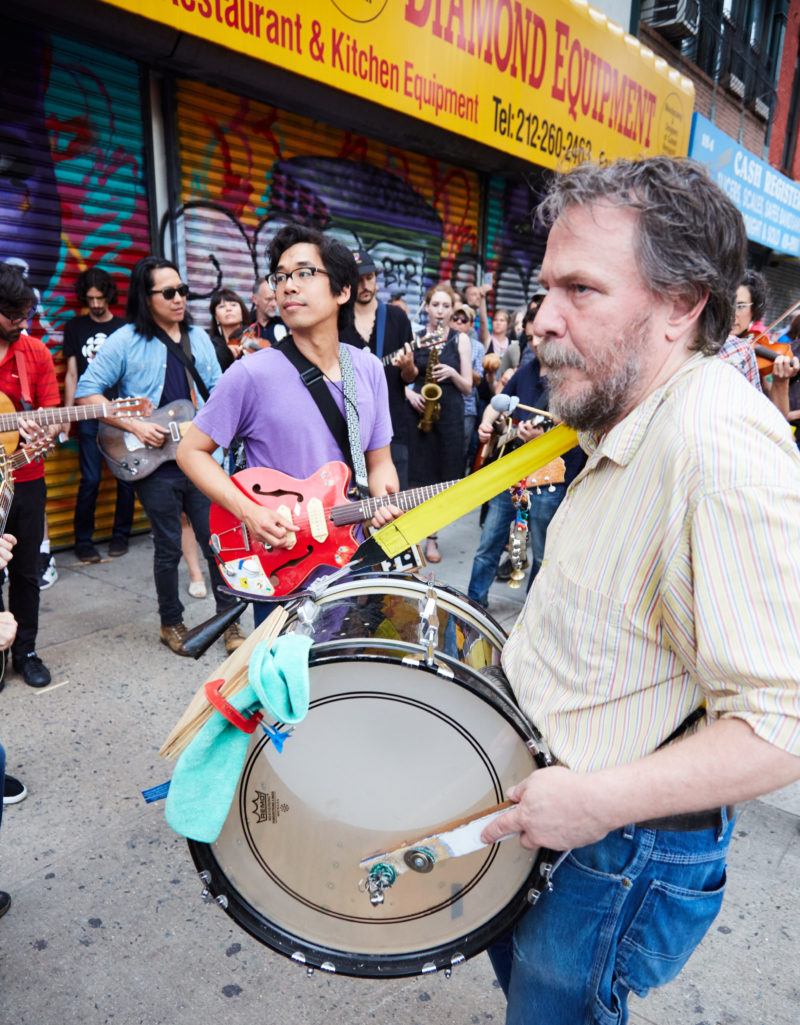 75 DOLLAR BILL
The instrumental duo of Che Chen and Rick Brown is one of the most exciting bands to come from New York in the last few years. Since its formation in 2012, the guitar & wooden box combo has released a couple of cassettes and two vinyl albums, of which Wood/Metal/Plastic Pattern/Rhythm/Rock especially received critical acclaim for its twisting Mauritanian riffs and psychedelic percussion.
by Justin Faase
75 Dollar Bill
Rick Brown and Che Chen form one of the most bizarre r'n'b duo's of the Western world. With complex guitar riffs and street musician-style percussion the inject the dead genre with Sun City Girls-like jams and polyrhythms. Wherever they play, under a bridge or on stage, brains will melt.
by Marijke Loozen