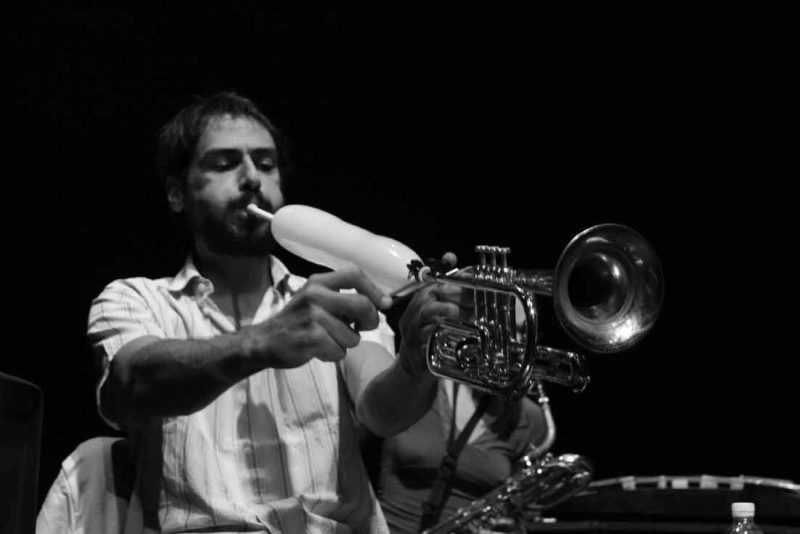 Karkhana
The notion of a supergroup used to be a marketing idea to sell uninspired jams by rock stars. It died righteously after the monster called live Aid. But last year a record popped up by the band Orchestre Omar, with a couple of jams inspired by the great work of the famous Egyptian Guitar player Omar Khorsid. Khorsid was a key figure in the 70ties scene in Cairo, he was part of the orchestra who backed Ouhm Khaltoum, and his solo works blended Egyptian classical music, far out East Coast surf riffs and experimental cosmic synth music. His music was pretty unkown to the west untill 4 years ago Sublime Frequencies re-released his music. Orchestre Omar was born out of a gathering by the so-called grand fathers of Middel East improv and experimental scene - Charbel Haber, Maurice Louca, Osman Arabi, Sam Shalabi, Sharif Sehnaoui, Tony Elieh and Umut Çağlar. It seems that the transnational improv scene at the other site of the Mediterrean Sea found eachother in the Orchestra and soon the satellite band Karkahna started out, with a core line-up of the Egypts Osama Shalabi and Maurice Louca, the lebanese Sharif Sehnaoui and Mazen Kerbay, and the Turks Ozun Usta and Umum Caglar. We met comic Trumpet player Mazen Kerbay in Berlin, whereto he just moved.
by Niels Latomme