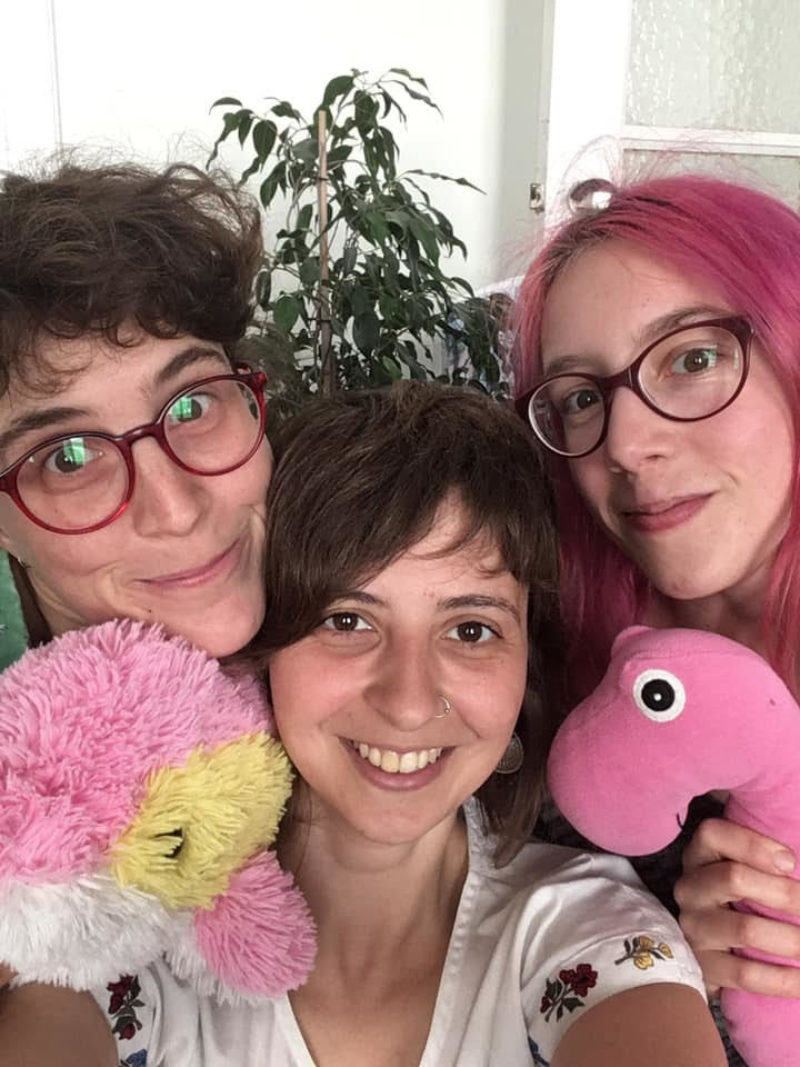 PEGA
Brussels’ Portuguese-French-Belgian trio PEGA have taken the Brussels underground scene by storm and become the talk of the town as well as elsewhere in Belgium. With several high profile gigs in October, November and December in venues such as Botanique, Ancienne Belgique, BRASS, Magasin4, Les Ateliers Claus, Le Vecteur, De Koer, Kinky Star and their own cherished spot Super Fourchette, the name of this young trio is about to be firmly established. PEGA is the brainchild of Barbara C. Branco (guitar and vocals), Aude Gravé (bass and vocals), and Leslie Gutierrez (drums). Barbara is already known for playing in another Brussels-based band, Tuvalu, which is part of the Super Fourchette magic circle. We had a little talk with them after one of their gigs just around the corner from Café Central, every now and then being interrupted by rappers and people begging for some change.
by Seb Basleer