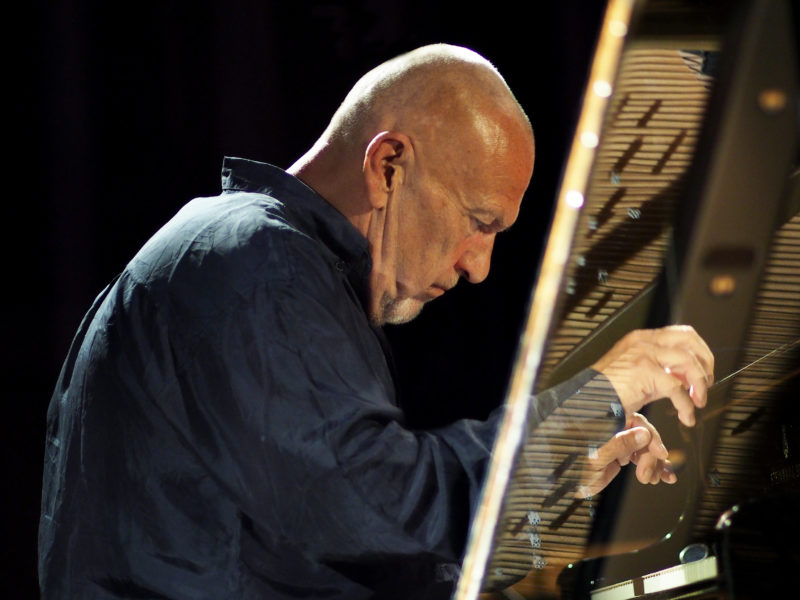 Peter Michael Hamel
Peter Michael Hamel is a German composer, improviser, musician, writer, teacher and maybe under-recognized artist. He is now 71 years old and this implies an active career of over 50 years. He has been involved in a number of pioneering collectives such as Embryo and Between, he’s written an essential book (“through music to the self”), released an extensive amount of records and composed a wide range of scores in which he consistently embraces elements from a wide variety of musical traditions ranging from traditional Indian music, improvisation, contemporary classical music... He is a holistic composer. He does not discriminate chords for being too harmonic nor does he avoid dissonant tone clusters for being too difficult. This, almost like a cliché, makes him hard to pin down to a certain scene or current. He is a composer for, and of, the now. When he’s improvising he IS in the now. When he is composing, he is creating circumstances to place his audience and performers in the now. “Others have divided themselves, I haven’t.” He states in an interview for BR Klassik in 2017 for his 70th birthday. He did not have the urge to put himself in a corner. He rather stood in the middle to see all the corners, and the walls making up the space. I had the pleasure and honour of talking to the man. In this article you can find a reworking of the interviews I did.
by Jürgen De Blonde