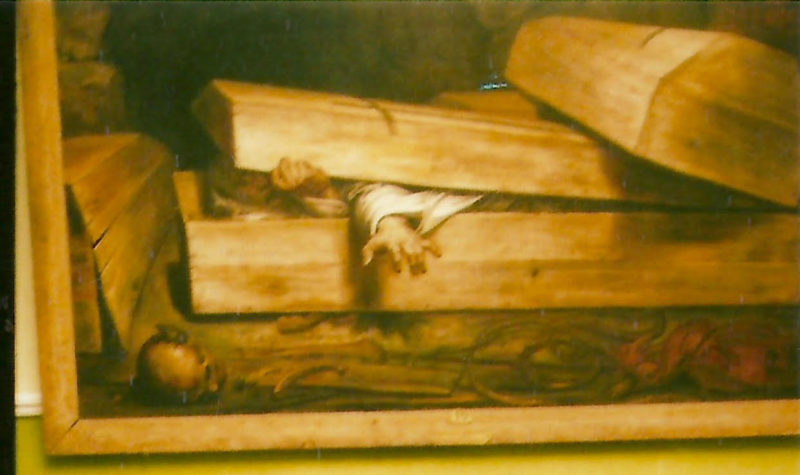 The Circularity of Razen
Over the last ten years, Razen have trailblazed the field of minimalist music as cartographers of the unknown, the unfelt and the (im)possible. Their latest record Ayîk Adhîsta Adhîsta Ayîk explores new terrains within the endless shadow world of the irrational and the unconscious that haunts or defines mankind. Unlike the objective inhuman transcendentalism of their previous albums, the record lays down an individual, almost classical approach, unveiling subjective emotions like fear, melancholy and fragility. It is no coincidence that the theories of Carl Gustav Jung, explorer of the collective unconscious, showed Razen the way. To set the mood, I met Kim Delcour and Brecht Ameel at the house of Wiertz, painter of the grotesque.
by Niels Latomme 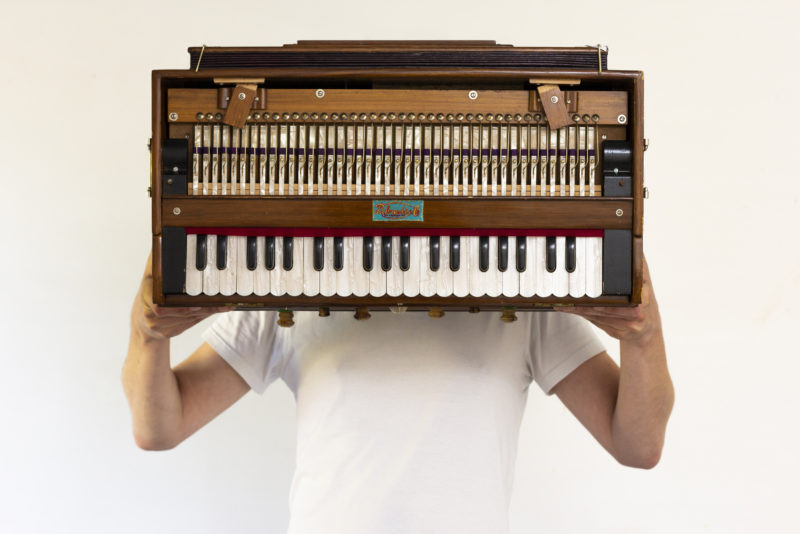 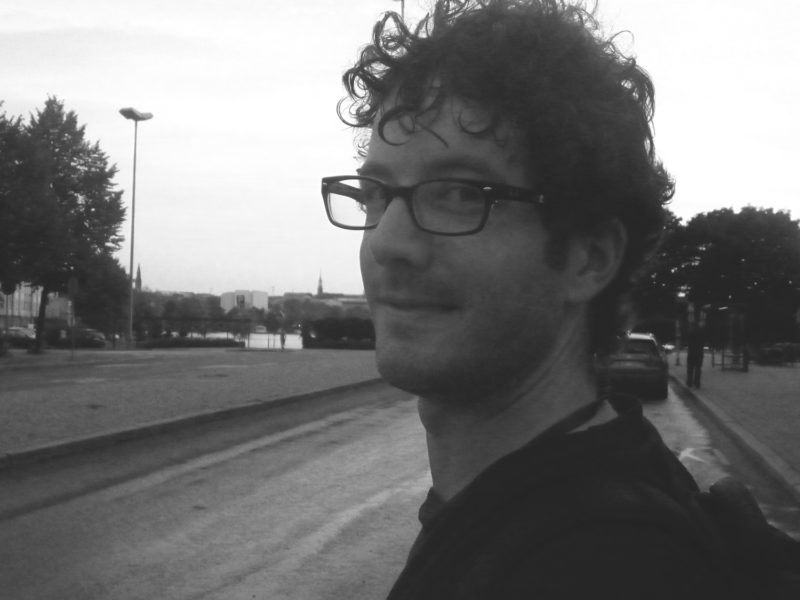 Ameel Brecht
Apart from being the half core of Razen, embodies Ameel Brecht the personae of the master guitar player in the purest form. Using resonator mandolin and guitar he blends European traditions of finger picking into a silent, melancholy world in which suppressed emotion and unspoken poetry are the key words. The man will release his first solo record this year on KRAAK, so we had a lot to talk about. He will be playing on Sunday at the KRAAK festival 2017. We are sure that after 2 days of madness, his songs will be the perfect cure for the emotional black hole you might experience.
by Niels Latomme
Endrhymes Riddle
In the spring of 2015, Razen dropped their 2,5th LP on the KRAAK label, the astonishing Endrhymes. The sustained tones from their earlier releases sublimated into hardcore melodic minimalism and raw dystopian deep listening. The album proves — once again — the craftsmanship and dauntless approach of the collective. Both records as live shows shows a band that are more intense and focussed than ever. After one year hiatus, they are back in full force and will suck you into their end rhymes. They presented the record on August 21st at DRUUM, and old warehouse-turned-into-a-cultural-hub. Asmus Tietschens joined the bill.
by Brecht Ameel
Razen
On the 15th of November, Razen presents their first double LP. Razen is the duo of Brecht Ameel and Kim Delcour. After a split-lp with Sheldon Siegel and the debut-cd Rope House Temper (both on Kraak), a number of tapes and the album Reed Bombus LFO (Deep Distance), the duo retreated to various chapels and churches in the countryside around Brussels. They started exploring the practices of deep listening and acoustic research during a series of recording sessions. Using largely forgotten or ignored instruments such as shawm, church organ, Ondes Martenot, bombus and baroque flute, Razen forged and refined their sound into a form of contemporary minimalist classicism, albeit one that completely bastardises Early Music traditions.
by Niels Latomme