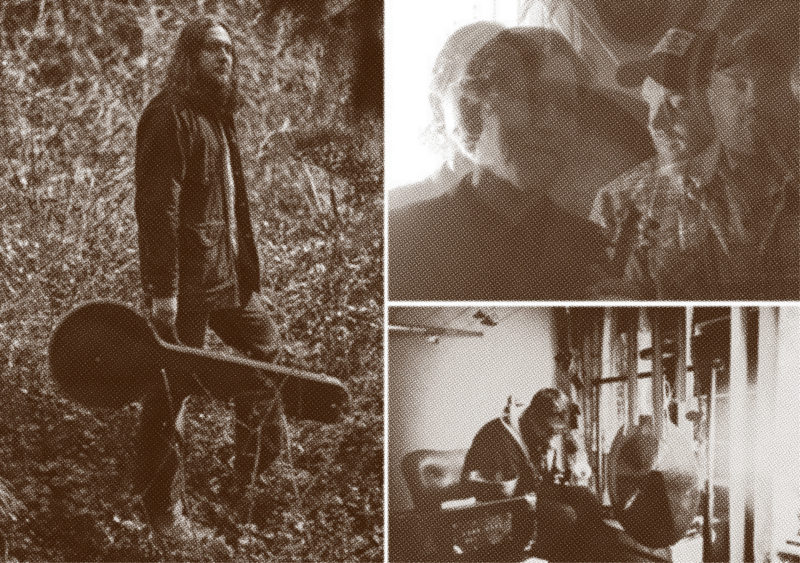 For over 20 years, the American avant-folk trio Pelt has been releasing countless records, CDR’s and tapes. Originally started as a psychedelic rock band they evolved to playing noisy drones, Western raga, Appalachian folk and Eliane Radigue-like minimalism. Next to that, all members of Pelt had fruitful solo careers; master guitar player Jack Rose (who died in 2009) will probably be the most well known of all, but members Nathan Bowles and Mike Gangloff have also made a name for themselves ale solo artists, next to leading the ragtime/folkband the Black Twig Pickers. Mikel Dimmick on the other hand is mostly known for his other project Spiral Joy Band.

Nathan Bowles could be called the true heir of the American Primitives folk tradition. Apart from being a member of Steve Gunn’s band, he plays self-written songs that are nothing but a great addition to the folk tradition, reviving it by injecting Appalachian music with hardcore emotional depth.