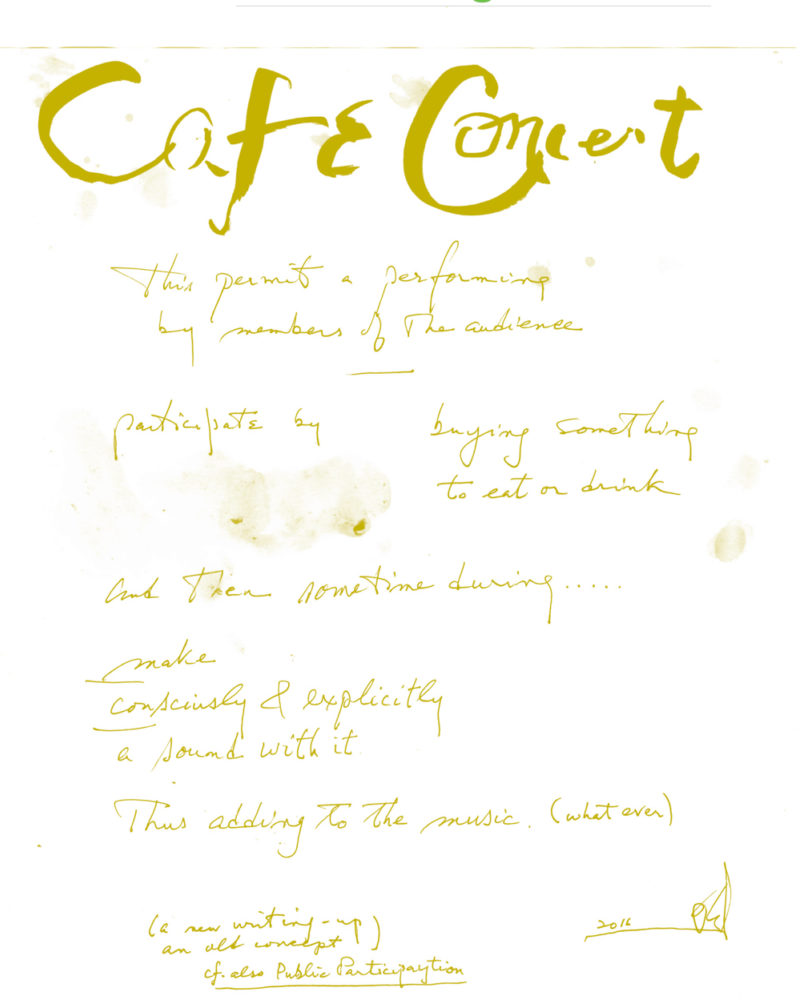 An event on the spectre of dadaism and fluxus — the influence of anti-art in contemporary music.

“Traitor, You Left Fluxus” was directed towards Nam June Paik, written on a postcard, signed by the inventor of the word “fluxus”. This witticism grasped aggressive and to the point the whole idea of a movement. Fluxus and dada were declared dead a while ago, a logic step for anti-art to abolish itself on the moment it becomes art — as a amorphous ‘trickster’ that disappears on the moment you can see him.

A couple of decades later, they remain strong tools to pursue freedom. Freedom... Another ghost condemned to fail, but will appear in all its poetic beauty during a happening in ExtraCity.

In 1962, Philip Corner was responsible for a scandal by his composition Piano Activities, and is since then the great inspirator for the Fluxus movement. Corner is more then Fluxus, his body of work exists out a wide array of tape-collages, meditative piano compositions and more. His work is influenced by Cage, but equally by Indonesian Gamelan music. It breathes an unique sensitivity for non-musicality, in which music manifests throughout minimalisme, exotica, action and silence.

Peter Fengler is a master in trans-medial art and the brain behind the publisher De Player. His work musicalizes performances, in which grim absurdism, daily sounds and concrete poetry forms a aesthetized collage. He conceives vinyl as sculptures, performances as publications, and unconscious association as a technique for composing.

A.k.a Marijn Verbiesen, half of JSCA, one third of Sweat Tongue.

One of Belgium’s best kept secrets, and the brain behind a lot of technology that makes some Antwerpian artists sounds like no-one else is Kris Delacour. A multi-instrumentalist and a free mind who is equally a highly talented craftman in music, as he is randomly free-wheeling conceptionalist under his Remörk moniker. He just released his debut vinyl on Ultra Eczema, a residu of a complex process to integrate all forms and media music could have been.