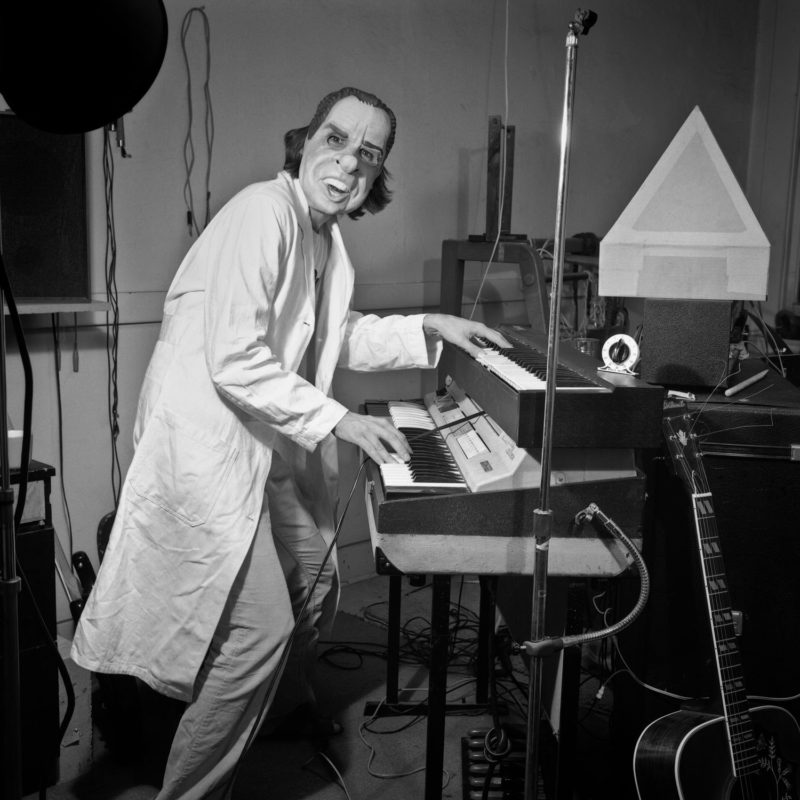 THE L.A. FREE MUSIC SOCIETY AND THEIR LEGACY

“The only way to be absolutely free is to invent your own language.” — Genesis P-Orridge

Uncanny Valley is a new festival celebrating the open marriage between underground music/culture and the visual arts. Central guests for this first edition are the Los Angeles Free Music Society and a selection of contemporary avant-garde heroes who happily embrace the chaos, freedom en energy of those legendary neo-dada artpranksters.

It could be said that The Los Angeles Free Music Society was born from the dissillusionment of the seventies US Westcoast art scene. Consisting of a a band of artist friends, they giddily blended high art and trashy DIY-attitude with a completely unique sensibility. The otherwise too serious worlds of visual art and music were taken as a playground where B-movies, bad cartoons, fluxus, avant-garde, proto-noise, freejazz and collage got trashed and mixed into something new and something wild. Forty years later their deconstructions of popculture and sound/ video experiments still remain as vibrant and challenging as ever.

The 4 day Uncanny Valley Festival aims to show that this weird and wonderful world of the LAFMS hasn’t lost any of its bite nor it’s power to inspire. While the catalogue of LAFMS music projects is vast and endless (think of Smegma, The Doo-Dooettes, Dinosaurs With Horns…) , we chose to focus on a couple of specific projects and formations – like Extended Organ (with Paul McCarthy, Tom Recchion, David Toop…), AIRWAY (with Wolf Eyes & Aaron Moore) and Waxy and teamed them up with some of the best postmillenium avant-noise acts around, thus linking up with the here and now.

Next to many music performances we will also host an exhibition of the LAFMS flyer and poster archive at the 019 venue, have a paneltalk with all the artists moderated by David Toop at the SMAK museum and do a screening of LAFMS video work curated by Floris Van Hoof.

“The unearthing of the LAFMS recordings is experimental rock history at it’s most historical and hysterical - a completely bizarro and further-out counterpart to the L.A. punk scene.” — Thurston Moore 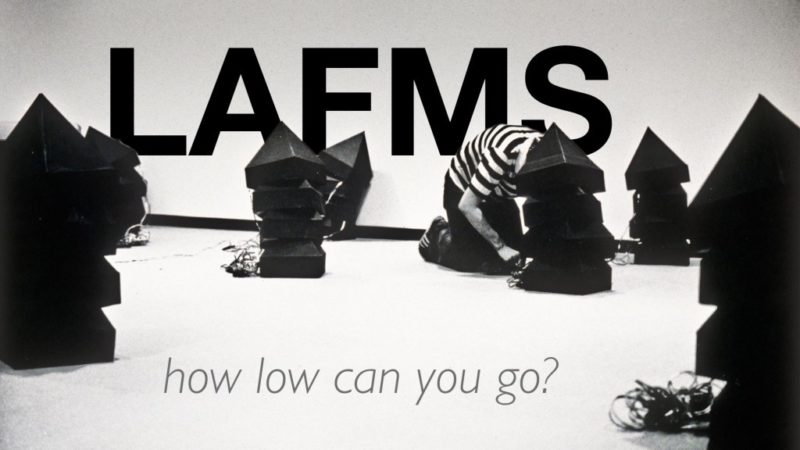 Waxy, the in the late 70s originated improv duo of Fredrik Nilsen and Joe Potts, invites the Guatemala-born free jazz cellist and singer Vetza (also member of Airway) for this performance. In the stream of quite obscure projects, Waxy is one of the more underexposed LAFMS-bands.

The iconic band Volcano The Bear plays for the first time since long again as a trio. The band transforms the former-factory-turned-into-a-creative-hub 019, into a bleak port pub.

It is quite difficult to characterize Volcano The Bear in a couple of words. Through the years, the band experimented with acoustic folk, drones, noise, tapes, krautrock, dada and absurdist avant-garde. Last year’s at Miasma Recordings released compilation album Commencing illustrates this: unrestrained experiments with unbridled freedom that reminds of the best parts of Throbbing Gristle, Faust and Nurse With Wound.

The Hague-based poet, musician and performance artist Manuel Padding, aka City Hands, creates a total, dreamy universe of his own, constructed out of spoken word and tape collages, drenched in ghostly sound effects. Between 2004 and 2008, he was the key figure (as screen print artist and organizer) of Helbaard, a place for experimental music, film and poetry that was an obligatory stop for each weirdo musician and DIY noisehead that didn’t pass The Hague quietly.

The LAFMS created since the beginning of the 70s with uncountable self-designed flyers, posters and records sleeves also on print an incredibly unique oeuvre that preceded the well-known DIY punk esthetics with a couple of years.

The Potts brothers are an essential part of the LAFMS history. Rick and Joe Potts built a crazy audio universe with the sounds of broken toys, found objects, enhanced instruments (like a pliable guitar, or an harmonium with dildo’s) and manipulated tape recorders. Two radical arthouse-terrorists who deconstructed sixties rock with bands like Le Forte Four, and who created a unique style of lowbrow poetry.

696 Blues Band is the project of Crazy Jim Baljo, the guitarist of Wolf Eyes since 2013. In this solo project, he blends together minimalistic guitar ragas that are reminiscent of demented surf excursions drenched in echo and delay.

AIRWAY is the rarely live playing noise bigband of musician Joe Potts, photographer Frederik Nilsen and vocalist Vetza. For each performance they choose another line-up, and so create a unique concert experience every time. This time, Paul McCarthy, Tom Recchion, Aaron Moore (Volcano The Bear) and Wolf Eyes are present. You can describe an AIRWAY concert as a messy deconstruction of basal punkrock with long mantra-esque improvisations and absurd lyrics that makes Half Japanese sound like The Dire Straits.

AIRWAY originated in the late 70s as a project of Joe Potts. In his wall of sound of tape delay he concealed subliminal messages, motivating the crowd to sexual acts. It was a tactic that worked so well live that AIRWAY was put on hold one year after its formation. The album ‘Live at Lace’ is kind of a ‘ground zero’ of the avant-mess noise. The record had a gigantic influence on the japanese extremo acts like Incapacitants en Hijokaidan.

Nate Young started in the late 90s Wolf Eyes as a solo project. In the past he worked under the monikers Regression, Demons and Stare Case, but right now he mostly uses his own name. Young comes to the Uncanny Valley Festival with a toolbox full of scorching, demonic hymns. Live, he transforms dark, analogue synth soundscapes à la Fabio Frizzi, fragmented library music and handmade electronica into primitive, LSD-powered drones.

Besides his performances with Wolf Eyes and AIRWAY, John Olson plays on friday a solo saxophone set. Olson is the inventor of the trip metal philosphy, parttime saker, parttime Wolf Eyes musician and electronica wizard whose destructive utterings mix together violently punk, freejazz and psychedelica.

Artist in residence Floris Vanhoof shows in one of the Vooruit offices an installation and curates also a selection of videos out of the immense LAFMS archive.

“Three years in the making, ‘XOXO’ is creepy and wonderful. It may sound like a gross exaggeration, but we are wondering if this cd might not just be the Sgt. Pepper’s of noise records.”(Sound ohm)

“Recchion is somewhat overlooked in conversations pertaining to 20th century experimental sound people, which is unfortunate because the material on ‘Chaotica’ is some of the most beautiful tape music (and best synth music) out there, and it has had a lasting affect on me.” — Daniel Lopatin from Ohneotrix Point Never in The Quietus