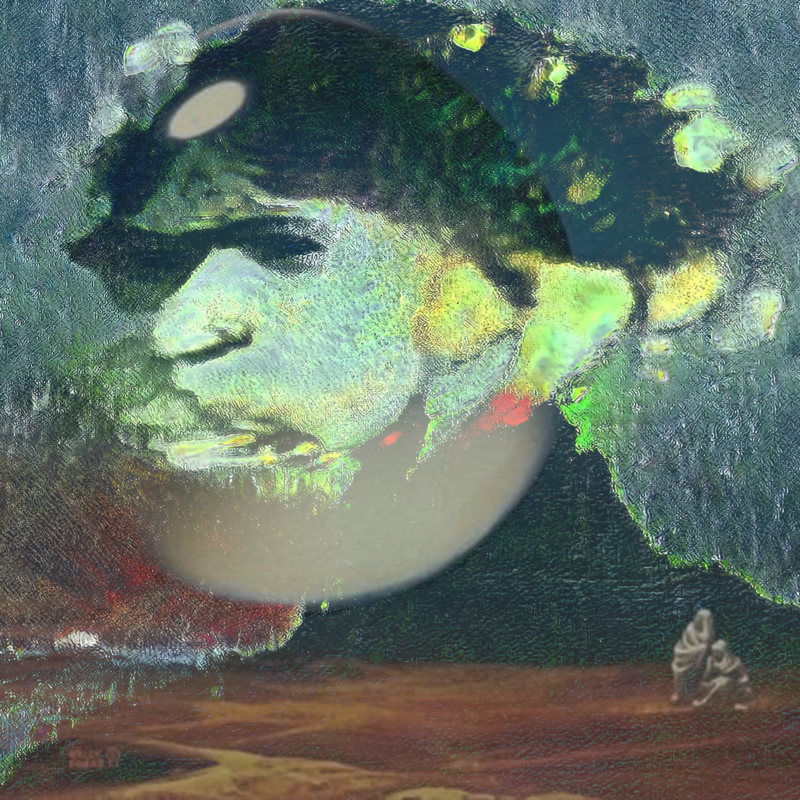 Here at the KRAAK HQ, the current vibe can be best described as deep & dark mole people times, dwelling in the dirt of earthly metaphors. Luckily we got heroes, homies and haters worldwide to keep our chins up ~ none of us like the cold and all of us definitely hate adult homework, but these tunes keep us warm and on point. At least they tried!

NOTE: Click on the image for sound (still figuring out these hazy Bandcamp embeds 🙄)

Mind numbing and brain melting reverberations from the LA 80s underground NO SHIT. Some true dankness here (in the literal sense, almost) compiled and issued by Discos Transgénero which resonates with the vibes set off by the aforementioned mole people living at the core of LaVallée.

Who are these people? What is this label? Why are we never in on the secret parties? The answer must be in the bleak dystopias presented in whatever's going on here. Last hopes are something we can relate to all too well rn.

As he said after his utterly demented set at this year's Troglobatem fest, "See? anyone can make music!" But one thing's for sure, there's nobody that can make usic like Mik Quantius can with them keyboard mashings and guttural swamp creature mutterings. Match made in Finnish heaven with this dope tape on Arttu Partinen's dopest Artsy.

Someone's been smoking too much of the funny stuff, or so one could say from this nonsensically addictive brew of deconstructed grooves and synthetic swishings from this transistor unreality machine broadcasting its electronic psychoses from Berlin. Our man Pollard can take any direction he wants, our trust is blind.

Not for nothing that this track has been played in 2 (TWO) of the latest KRAAK radios. Rhythmical magic from Greek multidisciplinarian Daphne X, out of the full-on magical release that is The Plumb Sutraon Bezirk Tapes. Galician-infused neopagan electro-acoustix with just enough head-bop potential to suck you into the witching void.

Gregory Whitehead - "Totenklage Lacrymosa"
Another twice-featured tune on the KRAAKie radiowaves ~ why dig deeper when the humus offers you so many treasures? This one from the haunting radioplay of human detachment called The Respirator and Other Outcasts. Gregory Whitehead was a little too prescient vis-à-vis the times we've had, weightily yet flippantly so <3

The fucking Band - "The Night They Drove Old Dixie Down"

For our friend and comrade who is currently listening to this on loop, way too far away from our mocking grins 😔💕

And let's not pretend we haven't all been vibing to this in the privacy of our mole homes: