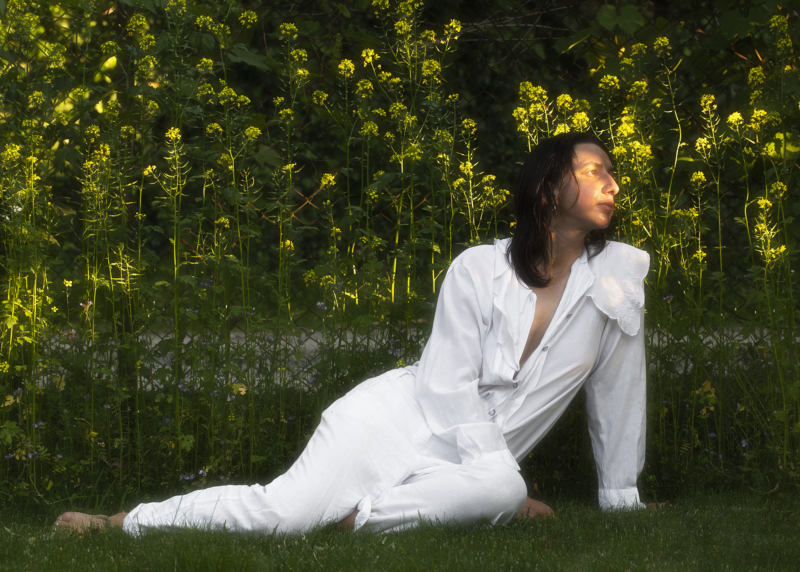 No stranger to our KRAAK circles with some unforgettable performances in sisterly duos WIDT and Mentos Gulgendo, we're thrilled to have Antonina Nowacka present her enchanting vocal work which she has been developing through loner voyages into caves and other locales of resonant magic. Always the intrepid traveler, Antonina tells us about her trips, dreams and explorations in these chimerical times.

I am from Warsaw, Poland and now I am in Copenhagen recording an album with Sofie Birch.

You’ve been making music and art with your sister for years. Were you always carrying out your own artistic projects or is this something that grew about recently?

I have always been active solo also but mostly as a collaborator with other musicians from the jazz and improv scene in Poland. I didn't feel a need to do things on my own completely until I went to Indonesia and started recording in Seplawan cave. I felt that I’d found my own unique way of sound delivery that was precious to me and that I cared to go deeper into exploring.

What gave you the idea to start singing in caves? Are there any other places you’d like to "invade" with your voice?

It was not an idea, it just happened kind of accidentally that I found this cave Seplawan and it appeared to have an amazing sound. Also, the place by itself was fantastic, very imaginative and mysterious. I just loved spending time traveling there and being inside. In Mexico on the other hand, I was recording in churches because there were so many of them that were mostly empty, and they seemed like perfect recording venues. I feel, anytime, it is not a matter of the idea of a certain space but rather its exploration. Spaces appear while exploring and then the idea comes up once I'm attracted to the sound qualities. Therefore, I also don't have any particular place in mind that I would like to invade. I'm open to what comes to me in the process of exploration.

You were (are?) in India working on your vocal projects. How’s that going?

Yes, I've just come back from India where I was taking classes in hindustani classical vocal practice. I started studying it two years ago and I became very passionate about it as it seemed absolutely beautiful to me. However, while studying it I realized it was something totally different than what I had seen in the beginning. It is a very structured, concrete system based on strict rules. I find it very challenging as my personal practice is free of any rules but my own aesthetic choices and feelings.

I am working now on an album with Sofie Birch and It is almost hard to believe for me how well we understand each other in terms of sound and music qualities. I'm so grateful we got to work together thanks to Unsound Festival who paired us for a performance last year. Besides that, there are two artists that I'm dreaming of collaborating with, but it does not seem it will happen in the nearest future so I will keep it a secret.