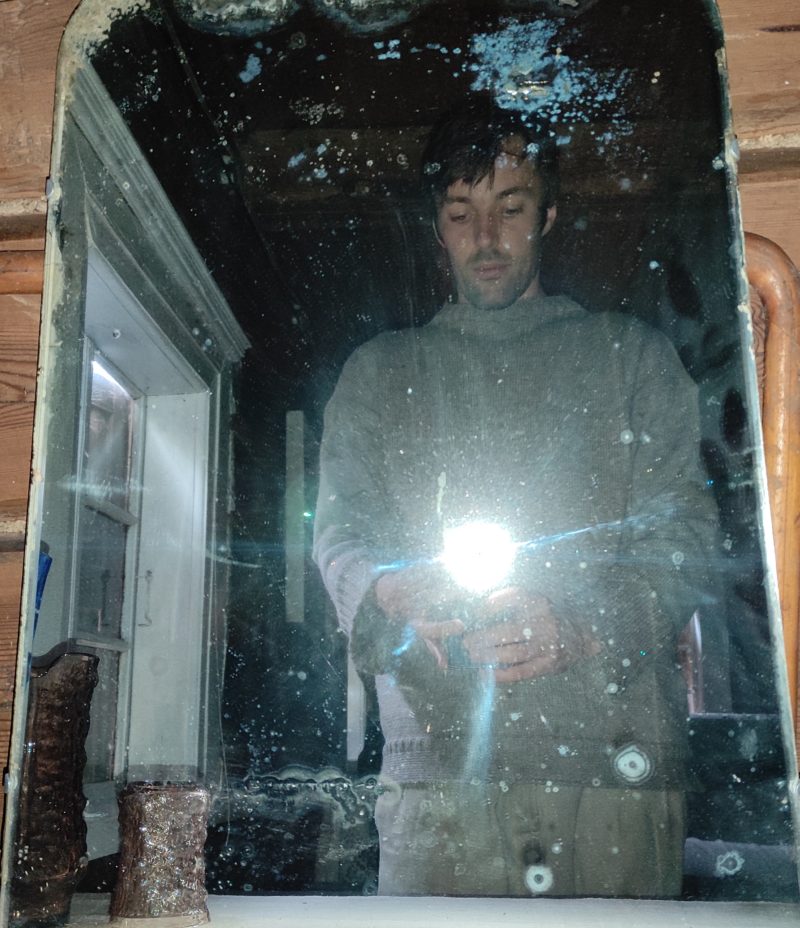 Edinburgh native Sholto Dobie works with sound in a literally hands-on way: homemade organs, hurdy-gurdies, and field recordings of different calibers are just some of the contraptions used to spin delicate yet radiant compositions. Here he talks about his myriad forms of exploration, whether they be through collaborations, travels and solo journeys, in a time and place where things could get bleak. Still, hope and possibility permeate everything, and so the exploration continues.

You’re from Scotland and currently living in Lithuania, correct? What brought about that radical change of scenery and how’s it working out?

Yes, that's right. I followed my partner here, she's from the north of Lithuania. I've always had a connection with eastern Europe; I spent a few years going back and forth to Ukraine with the artist Lucia Nimcova, so I had some prior grounding, but the move wasn't planned. I arrived just a few months before the pandemic started, and so in some ways having this kind of upending distance from what seemed normal or familiar hasn't felt so radical, it's what many people have experienced over the last couple of years. It's working out great, although the last few weeks have been filled with despair and anxiety about the war in Ukraine. Fortunately there's been some incredible solidarity from people too.

From an outsider’s perspective, you’ve been extremely prolific in your musical trajectory, working in many different configurations both solo and with other people. How have these experiences shaped you as a musician? Any current ongoing collaborations or are you focusing more on your solo work?

I love working with others and for the most part the work I do by myself is shaped by my experiences working with others, or touring, or organizing something. I don't have a studio and move around a lot, so that probably plays into it too. Over the next few months I'll be working with Beirut-based Shakeeb Abu Hamdan, and finishing recordings I made with Antonina Nowacka around lakes here in Lithuania last year. Also, I have a recording with Malvern Brume that should surface at some point and eventually I want to get down to working on recordings made in Chile last month with musicians from the band Glorias Navales. Also, I'd like to take some time off playing solo to finish a solo record, mostly based on material that's come out of playing live over the last year.

What does your creative process look like? Does it usually start with improvisation?

These days I think I accumulate a lot of ideas from playing live, often through improvising or collaborating, or mistakes, and I'll try to expand on those ideas. Currently I use a slowly evolving framework, combining my voice, hurdy gurdy, samples and recordings and live-gating, which I'll kind of orbit around each show, rearranging their relationships each time. So usually a show or recording is like a surfacing of a process which is ongoing rather than a consolidation.

How did you start to make your own organs? Are there any other instruments you would like to explore – or make – in the future?

I started kind of impulsively in 2017 to create a kind of fictional instrument, out of a personal fascination with bagpipes and pipe organs. At the beginning, they were assembled crudely from pipes and trash bags, and over time they became a kind of recurring element that I would use in live performances. I built my first proper (although still very much amateur) instrument over lockdown, a portable pipe organ. Since then, I got more busy with work and gave up the studio. I really get into the sounds, performativity and where they can take you - I also love the building part of instruments, but it easily gets fetishized and not as interesting to me as what it can do. I have a bunch of ideas, but I'm not in a rush to make them, I'll wait till the conditions, time and money allow again, if they ever do!

Any exciting prospects for the near future? (if things don’t go totally south, obvs)

Yeah, it's all bleak at the moment, but for now my plans are to stay in Lithuania for the next few months and try to help where I can with the refugees arriving from Ukraine. Aside from the collaborations I mentioned, I have organized a residency in Vilnius for Marja Ahti and Niko-Matti Ahti from Finland, which I'm really looking forward to. Let's see!