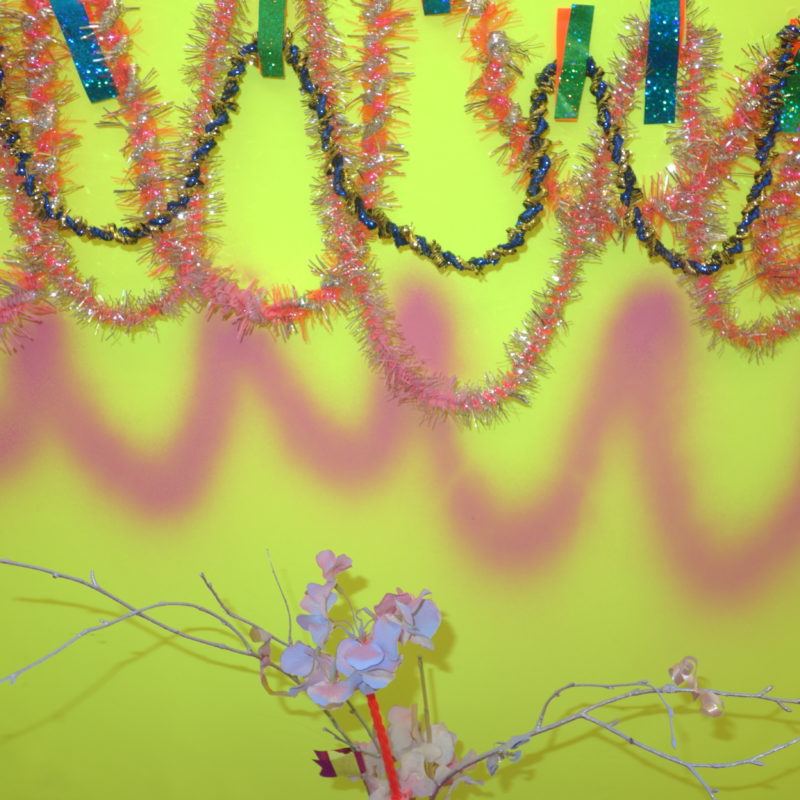 As part of legendary groups such as Avarus, Hertta Lussu Ässä and Olimpia Splendid, Jonna Karanka has been a key player in the Finnish underground for most of this century. Through her Kuupuu alias, she dwells among an illustrious generation of Finn sound wizards which includes Tomuttontu/Jan Anderzen, Tsemba/Marja Ahti, Lau Nau et al. Through the collaging of warbled acoustic instruments and looped-up electronics, Kuupuu has long been carving out her own lines into this post-free folk/neo-psychedelia lore.

Plz Tell Me, her first LP since 2013’s Sisar, was originally a self-released cassette through which new forms emerged in the Kuupuu repertoire. Jungly orchestral arrangements meet slick dub-tinged productions in a series of pop tunes for disjointed times: whether you dance or swoon or stare confusedly into space is up to chance. The original nine tracks get the full LP treatment for this Belgo-Finn treaty renewal, with 12 songs that weave down endless summers full of disembodied voices that moan and quaver as they murmur lullabies to punctured beats. Plz Tell Me opens a dazzling zone for fantasies to inhabit and intertwine, where incongruent sounds and a noisy kit of dreamed storylines knit a full tapestry of whimsical bliss.

DE NEUS VAN GOD with Kuupuu
A long distance transmission with Finland's own Kuupuu ahead of the release of her killer new LP Plz Tell Me. Jonna joins us via Zoomphone to play some of her lockdown hit parade as well as juicy prem…
by De Neus van God
KRAAK Festival 2020 Photo Report
Plastic utopias, visionary environments, with the sounds and people that make them come alive: Hans Van Der Linden ventured once more to document the spirit of KRAAK Festival, this time teamed up with…
by Hans van der Linden Daniela Leal
New Weave of Kuupuu
Ever since the myriad strange musics began oozing out of Finland a good while ago, Kuupuu is among the core company making up the ever-revolving ensembles of sound sculptors. During the current era, K…
by Huntin Seteli