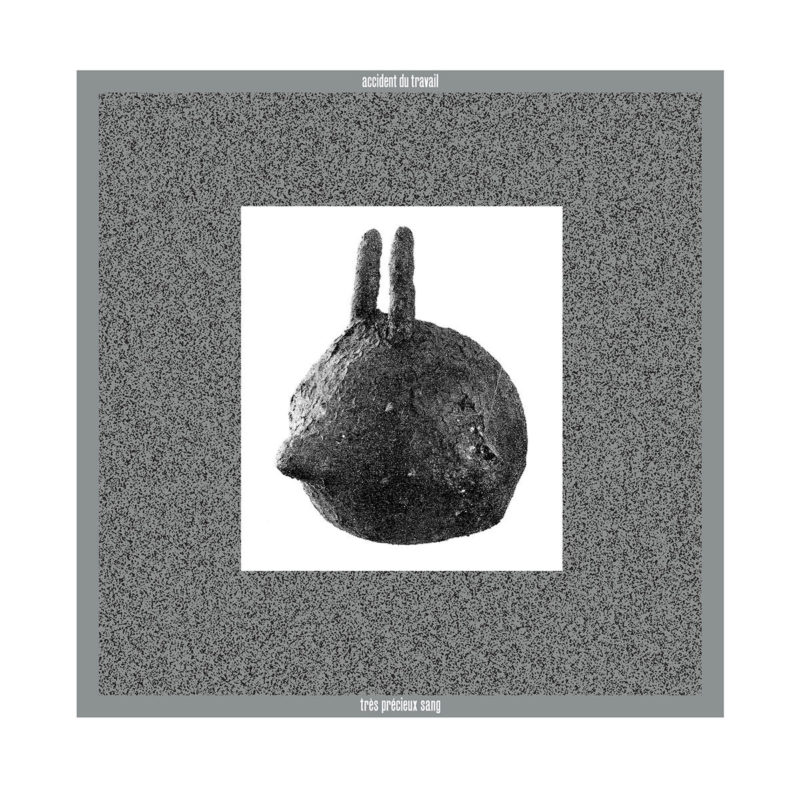 Paring up odd duo’s seems to be a great way of exploring music new and ever-expanding paths. Julie Normal and Olivier Demeaux form Accident du Travail. Well-hidden in the French underground, they team up the powers of the harmonium and the ondes martenot to create almost religious tapestries of sound. Sparse field recordings dwell in between tick layers acoustic drones, while the oldest electronic instrument in musical history leads you down their spiraling path. Recommended, their fresh tape on the fine The Trilogy Tapes label.
by Hans van der Linden

Julie Normal and Olivier Demeaux cherish the ondes Martenot and set out to convince the world to do alike with rare live performances. The Kraak festival provides an excellent possibility to discover the sacred minimalism produced by the ondes Martenot, an early electronic musical instrument invented in 1928 by Maurice Martenot. Wikipedia tells us that the original design was similar in sound to the theremin.The sonic capabilities of the instrument were later expanded by the addition of timbral controls and switchable loudspeakers.

Don’t put your beer on a museum piece

When Julie and Olivier started this project, they didn’t really think about playing live. Their quest was mainly to make the ondes Martenot known to the world. In the beginning both of them recorded for hours at the conservatory because they still didn't have their own ondes.

Julie has always been documenting sounds. As a kid she had a tape recorder and loved to keep a souvenir of voices. When she started studying ondes more than ten years ago she started to record all sounds they could produce, through the three speakers. She was giving herself sound massages and could spend hours listening to a note going through the gong speaker or the warm bronze reverb. Now Julie has her own ondes and it’s a very old one and has just one speaker. On Très Précieux Sang, their second album, the band decided to use another instrument. Instead of  just editing and adding ondes on top of ondes, Accident Du Travail decided to add a little harmonium, so all sounds are produced by wooden instruments. Besides that there are also a little plastic harmonium and a cheap hohner synth that they had found in the street.

Thanks to their network Accident Du Travail could spread this music, but it’s hard to fit in. They need good conditions since they’re practically playing on a museum piece. Julie points out that it’s often hard to explain: ‘Dude there were only 300 ondes made. Only about 70 are still working in the whole world. Don’t put your beer on it please.” 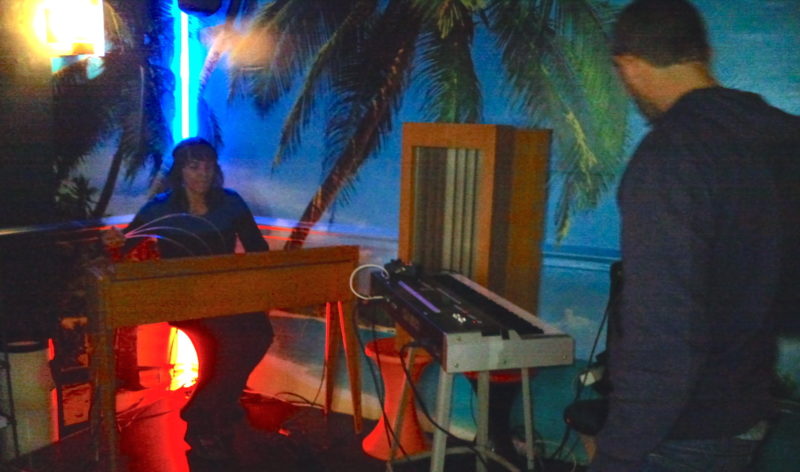 Beyond the small sect of ondists

Both Olivier and Julie have side projects but they met in the mid 2000s in  a very nice bowl of underground musicians in Strasbourg. Accident Du Travail however seems to exist outside of these scenes and does not even really connect to the contemporary French undergroundscène. They would like to do so however, in order to make the ondes known. So far they only played three shows in ten years, but they didn’t play together between 2010 and 2015.

It’s hard to describe the scene they are in because one can hardly talk about their genre.

The Martenot scene is one of the most little in the world, due to the number of ondists and even the number of instruments. So it cannot be reduced to a genre as it goes from clean contemporary and "savante" music to pop, chanson or noise.

They just keep meeting the same people naturally but Julie points out that she feels close to a genre that's not her network. She feels connected to French dudes Aymeric de Tapol or Opéra Mort, that produce quite static music, ambient with love. She’s also a  huge fan of Charlemagne Palestine, David Rosenboom, drone, ritual and trance music.”

Recently the band started to attract international attention. They had the chance to release records on two very nice labels. Releases on Bruit Direct (Paris) & Trilogy Tapes (London)  helped them to reach a (small) international audience.

Zoned out rock and roll

On Trés Prècieux Sang Cooper Crain is in charge of ‘tape transfer’. Julie met Cooper Crain in Belgium when playing with his band Cave. Julie and her brother Jerome opened for them with the band Crash Normal. She wasn't really a member of that band but just played keyboards for a few gigs before Crash Normal found a new guitar player.

Back in Charleroi they had great fun and trade records. Cooper had just released his first Bitchin Bajas record Tones & Zones. They met in these rock'n'roll conditions but discovered a common interest in the love of drone and keyboards. Julie became a huge Bitchin Bajas fan and the both of them remained in contact for years until he invited her play a part of their European tour. Julie states that Cooper is the biggest fan of Terry Riley and made her discover many great american ambient artists. “When I visited him in Chicago, we had just recorded with Olivier and I couldn't help but bring the files to have him sign something on it.”