Err No ag_articleType
by Joeri Bruyninckx 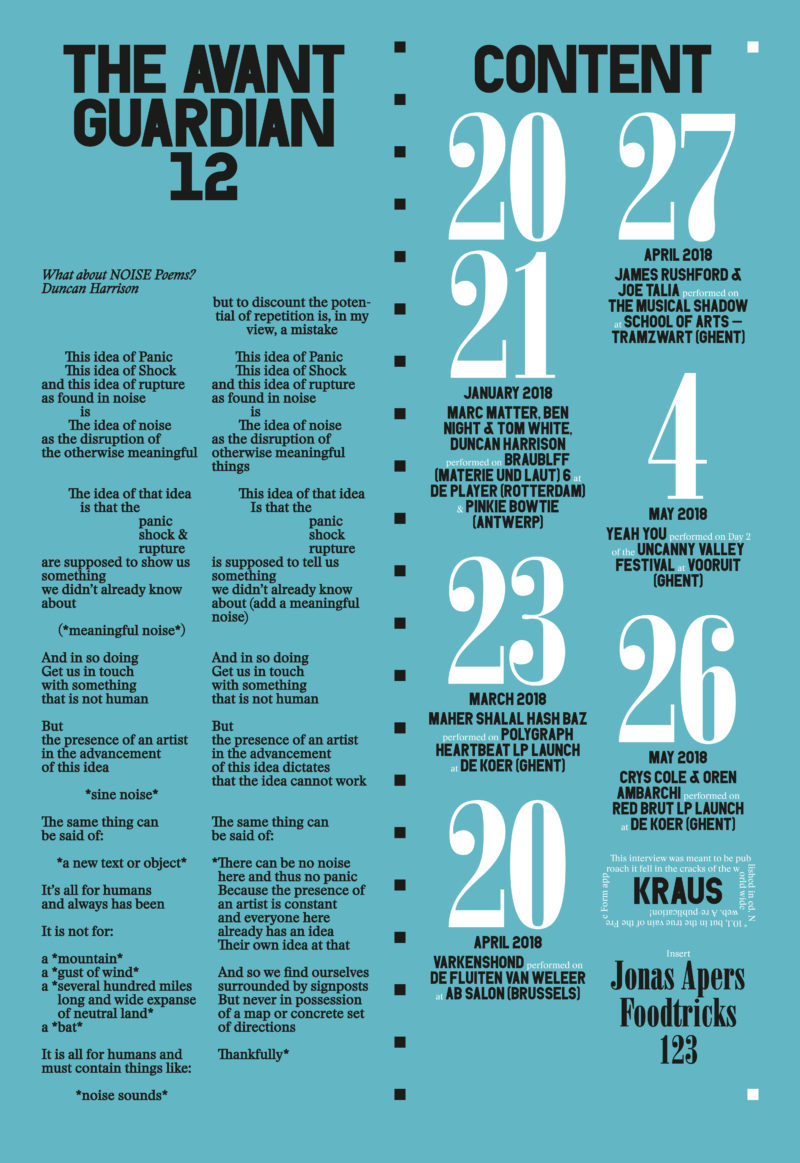 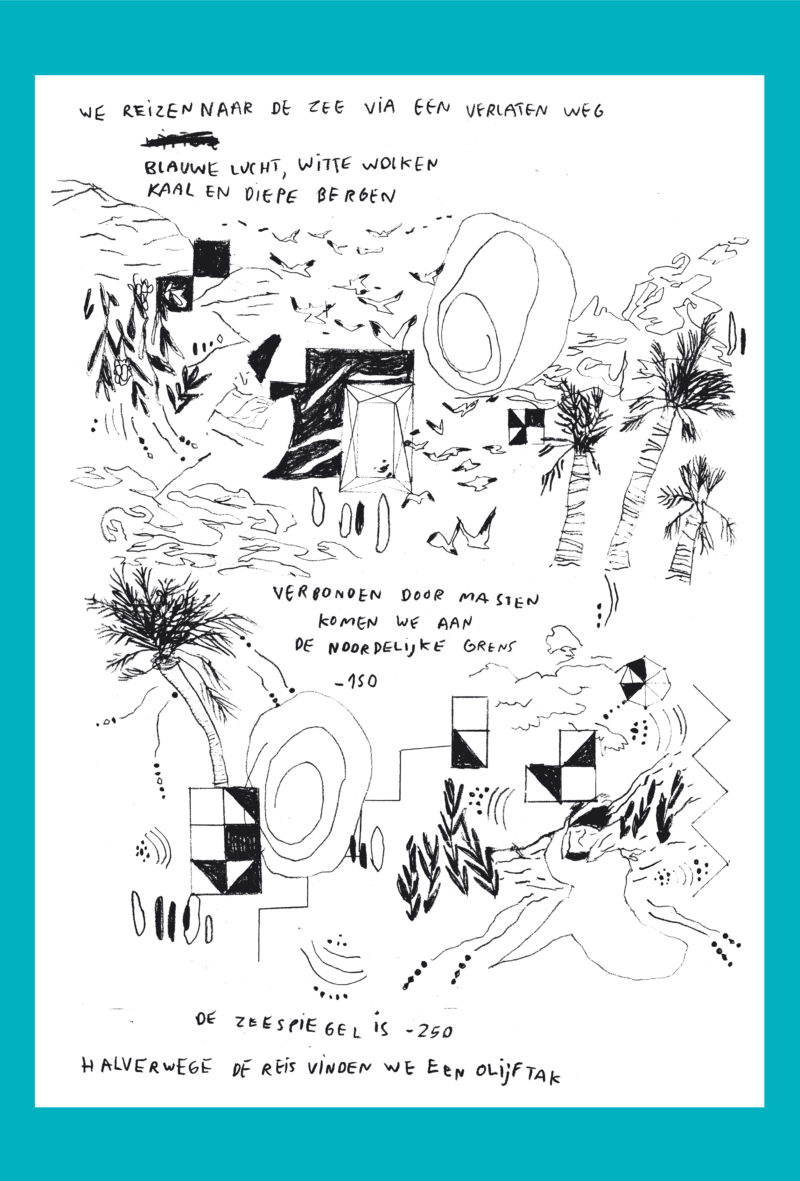 by Watcharita Aroon Floris Hoorelbeke rr-jw
Maher Shalal Hash Baz
A Tori Kudo show is always something to look forward to, be it accompanying his wife Reiko Kudo on piano, or leading the Maher Shalal Hash Baz collective. The latter has been around since the mid-80's, mixing poor playing skills with a catchy naivety that brings to mind bands like Beat Happening or Supreme Dicks, but with an important role for brass and woods. In March they hit the road with Le Ton Mité for a few dates in Europe.
by Jelle Vanlerberghe
James Rushford & Joe Talia
James Rushford and Joe Talia are both in their own right and in numerous constellations (Food Court, Ora Clementi a.o.) renowned electroacoustic composers who create subtle and discomforting sound collages that delve deep into the unconsciousness. Rushford deals with the aesthetics of what he calls the Musical Shadow; Talia comes from a free jazz background as drummer, and for his own compositions he rethinks musique concrète, using analogue gear as reel-to-reel tapes and synthesizers to uncovering a new form of decayed virtuosity. Together they add up the sum of crafts into haunting pieces that unveil a search for the obsessed and the uncanny. Highly recomended are the Food Court and the Ora Clementi releases on Penultimate Press, as well their daunting Manhunter release on Graham Lambkin's Kye Records.
by Inge van den Kroonenberg 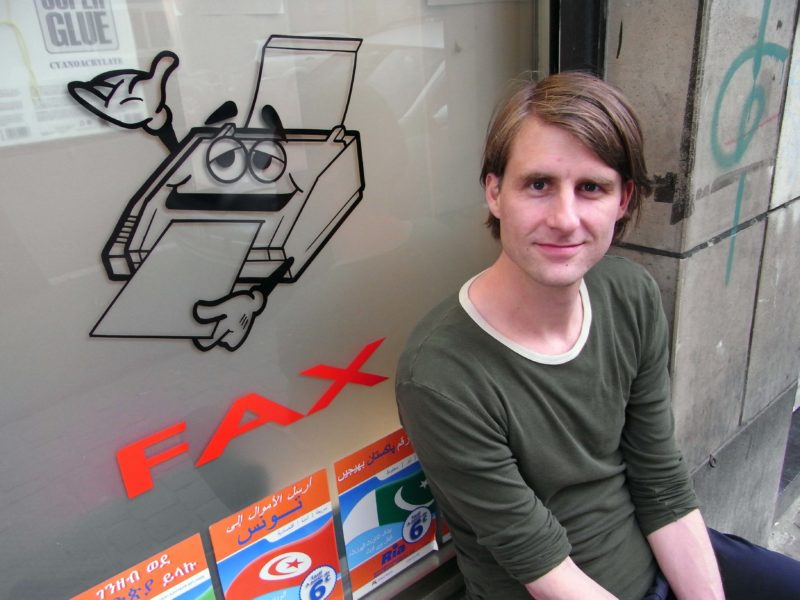 Marc Matter
Deep in the Black Forest lives Marc Matter — musician, theorist and regular contributor to The Avant-Guardian. He works on a trans-medial practice in which theoretical research, language abstraction and experimental turntablism is combined. His music is a playful field where vocal poetry intermingles with text-sound composition, and in which electro-acoustic abstraction displays a sensitive mind for the hidden qualities of the voice.
by Jannis Van De Sande
Duncan Harrison
Over the last 12 years, Brighton based Duncan Harrison has been one of the driving forces in the South English Weird Noise scene. In his music, he displays a broad array of cut-up sound poetry, improvisational strategies and audio collages with sonic left-overs abstracted from daily environments. Not surprisingly, he regularly collaborates with the likes of Dylan Nyoukis, Karen Constance, Pascal Nichols, Ali Robertson and many more. As he features in the Braublff 6 program, we interviewed him about his work.
by Niels Latomme
Ben Knight & Tom White
Visual artist and composer Tom White is a specialist in brutal yet sensitive reel-to-reel tape manipulations. Ben Knight works as a performing artist and musician in the deep universe of the voice and as such researches its inner potential for individual transmutation. Both of them are part of the British new wave of avant-garde aesthetics and radical thinking. In 2016 the experimental radio platform Radiophrenia commissioned them for a piece which resulted in a fictional social-science narrative, presented in a series of minor narrative episodes, film and props, to reflect on the everyday listening events within and around a drop-in centre for refugees in Manchester.
by Henry Andersen 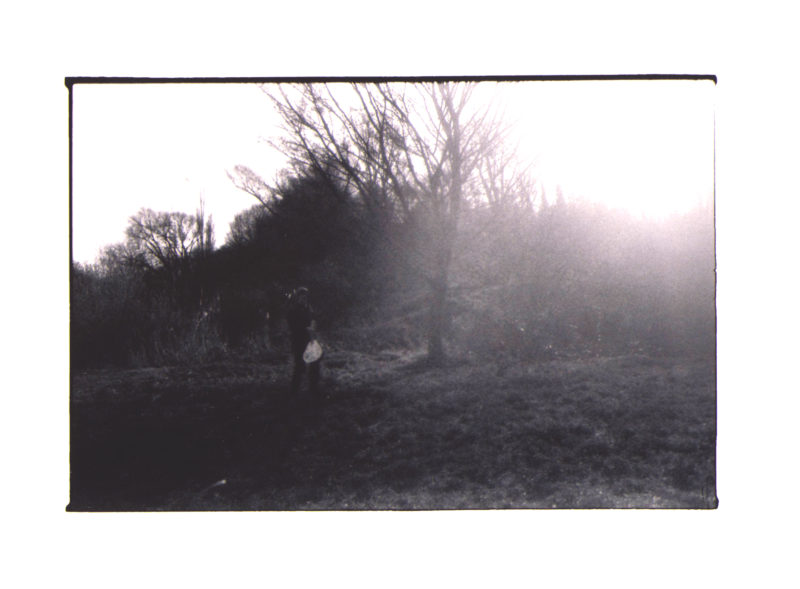 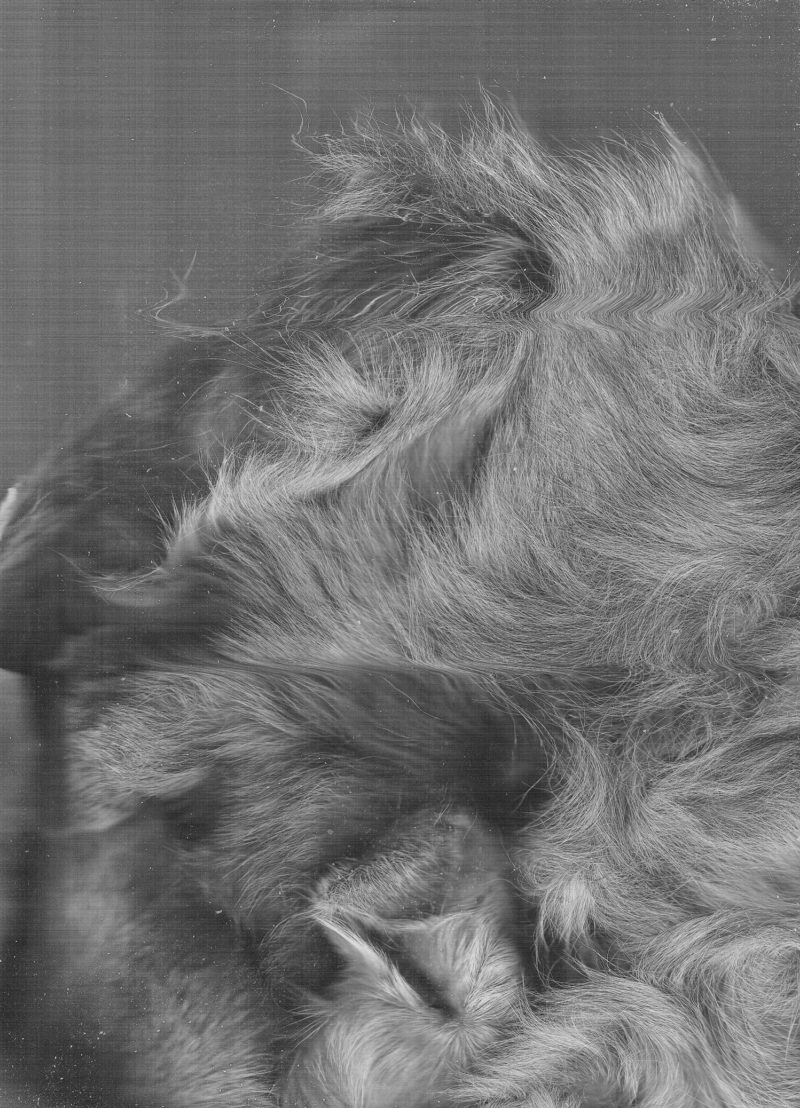 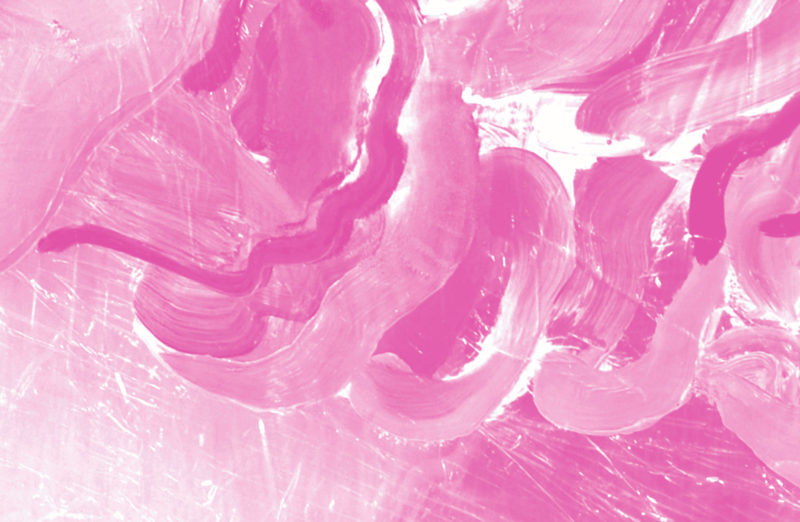 by Jonas Apers
Crys Cole & Oren Ambarchi
One of last year’s highlights was crys cole and Oren Ambarchi’s collaborative Hotel Record. It celebrates the hazy state of being involved in a trans-global musical romantic narrative, not unlike impressionist European art movies that emerged in a post-WW II era. The duo’s sound is a symbiosis of soft sine waves, unreal voices and subtle field recording. Both live and on record, cole & Ambarchi frame touchingly intimate themes in a surreally unique, aleatoric sound world, just as you’d be warranted to expect from this pair of esteemed sonic alchemists. Their music is overtly poetic, and could be an encrypted document of phone sex or pillow talk — or something entirely else, all depending your disposition. We had a talk with the couple about the record that they present at Red Brut’s LP Launch party on 26th of May at De Koer.
by Niels Latomme
Yeah You
Yeah You is the unlikely father/daughter duo of Elvin Brandhi and Gustav Thomas. They transgress borders of UK grime, improv strategies and pure pop. Last year they released an album on the Slip label, and recently a highly recommended tape on Luke Younger’s Alter label. What was at first listen a freak act from the Newcastle underground, is now ready to conquer the world! As pre-amble for their concert at the second edition of Vooruit’s Uncanny Festival, Ben Knight — one of the vanguards in the Manchester experimentalist scene (see a.o. Katz Mulk) — had a lenghty conversation.
by Ben Knight
Varkenshond 2.0
For the second time, I find my way to the house of Pichap, in the station neighbourhood of Antwerp. Upon arriving, I am greeted by the black cat, the mother and the son of this man. He is one of the lead figures of the Varkenshond troupe, that recently released an album and are playing in AB on 20/4 and in the Belly (Antwerp) on 27/4.
by Amber Meulenijzer