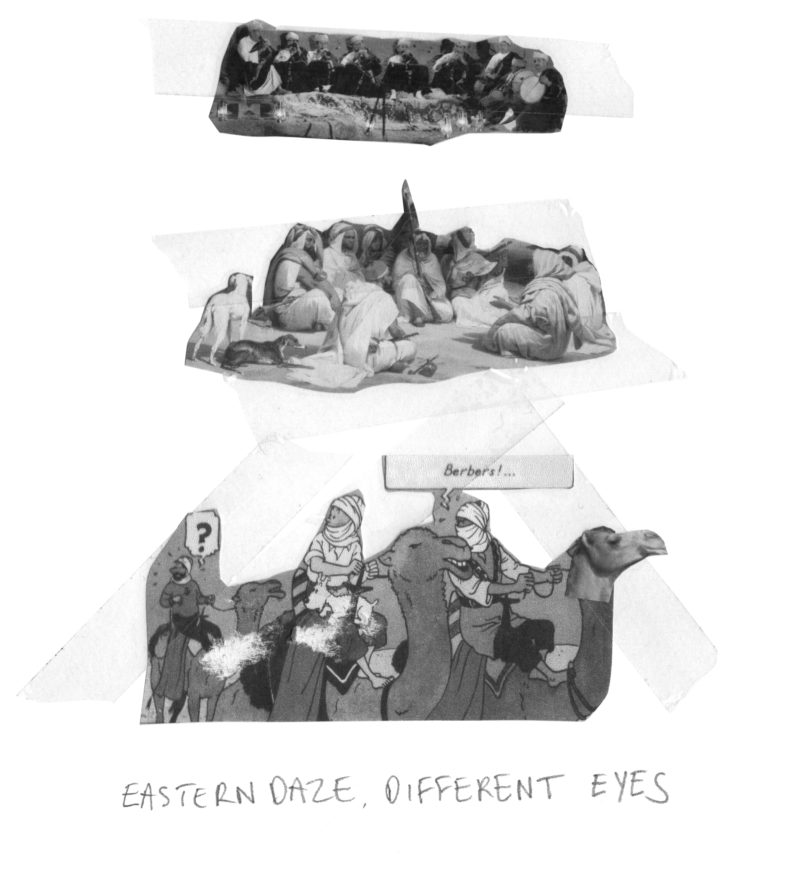 A workingman is pulling cables from the ground to put them back in a little further. I'm sitting on a balcony in a Polish seaside resort, waiting for the sun to appear from under the clouds. When it's warm enough I'll go swimming in the Baltic Sea. Meanwhile I'm researching the line-up for the Eastern Daze festival. Surfing the internet, I realize that every sign I send across, is transformed in 0-1, producing a constant repetition of two signs. These signs are transmitted; maybe through the wires the man is still pulling and pushing into the ground. The internet is a drone that's surrounding us day and night. From this drone another one starts humming, a drone that is rooted in a fascination for the Other. The Other can be represented by Indian raga, a heavily distorted punk song blasting through the speakers in a grim bar, a performance of Berber musicians in the desert, a book where all the e's are left out, an abstract painting, a haphazardous meeting with a stranger while travelling, but it is none of this and all of this. It is recognition and a confrontation with the unknown at the same time. The drone transcends as energy, the point of recognition, travels through time and space. We get to know the Other, learn to understand as we listen and grasp the uniqueness of what it is telling us. The Other becomes part of our inner world of imagination. It is at this point that you'll want to share. Listen to this record, check that movie, go see that exhibition, let's bring these guys to Europe to play. A generosity you're about to witness at Eastern Daze. A fascination for the Other is what brings you there, is what brings me to the Baltic Sea. Under the balcony, cars are driving by at a rapid pace. The guy downstairs spits into the manhole. The sun is shining, I must go and swim.

Joshua Abrams
Joshua Abrams is a bass player and composer with over 15 years of experience in Chicago’s vibrant avant-garde jazz scene. A few years back Abrams turned to the guembri, a traditional lute-like string …
by Wouter Vanhaelemeesch