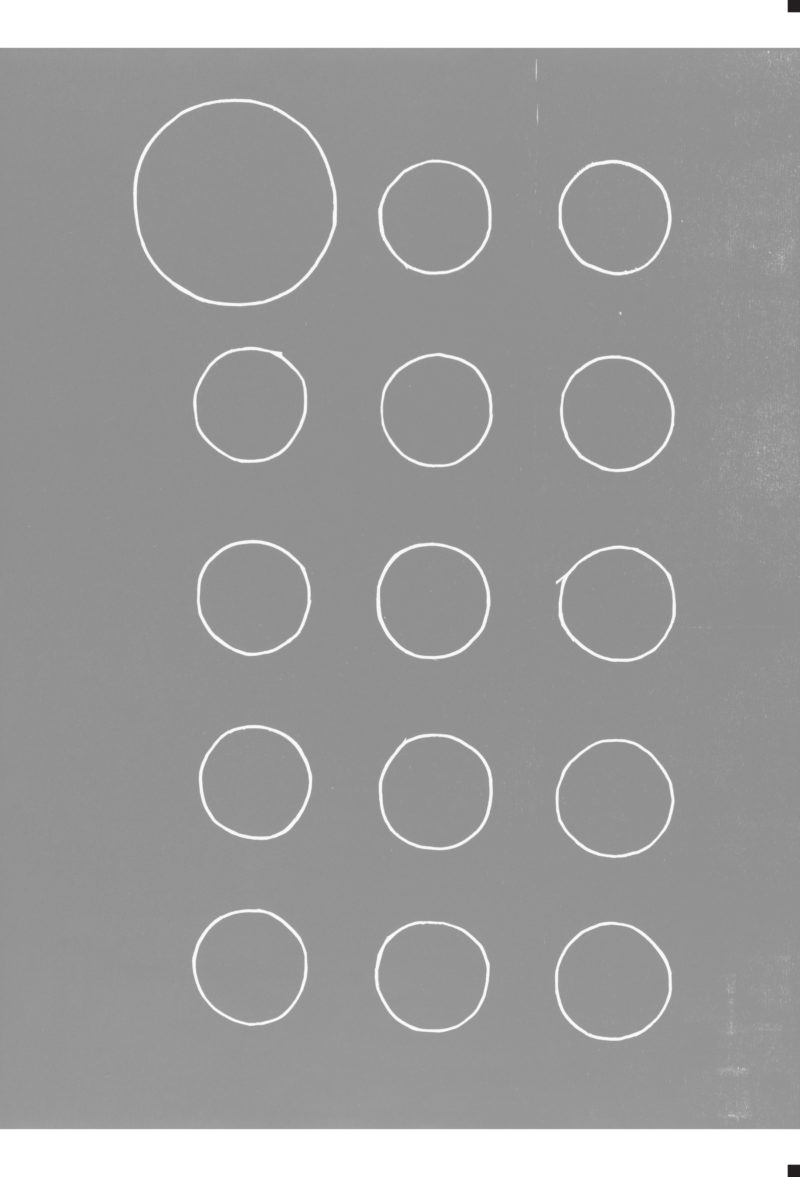 Dear reader, Those who’ve read the previous issues of The Avant-Guardian, and the especially the editos, know that I like to play with thoughts. Recently this one sprung up: I think Curiosity Killed the Cat is a strange expression. It’s a common place and I’m not sure what it means. It could hint towards a fault in the animal’s nature. Or, it’s a warning for the dangers that comes with unnecessary investigation or experimentation — quotes Wikipedia. And what about it, if applied to times that are all about the new?
by Niels Latomme

We, at the KRAAK side of things, and our festival, are all about rethinking the old. Well, actually, we are curious about what musicians invent, and rethink. Presenting and supporting is our part of the deal. We like to propose an angle, or two, maybe three. One of those angles hints towards another cat, Schrödinger’s cat.

My friend, a PhD in quantum mechanics, told me that Schrödinger’s cat is a paradox proposed by quantum mechanics. This hi-level science develops theories about non-direct perceivable objects — the so-called microscopic field. As the macroscopic — the ‘real’ perceivable world — is build out of the microscopic, it is very attractive to apply theories used in one field, to the other. It’s called ‘extrapolation’, and it’s one of my favorite things to do. That’s why I am rethinking the relation between the cat and its curiosity.

Here starts the paradox: in quantum mechanics particles, for instance electrons, can exist in different states or positions at the same time. It’s hard to understand, but there is a simple way to grasp it. If you have a wall with two holes, and you put on a spotlight, the light goes through the two holes; not through just one, like a cat would go through that or this door. Light exists out of a bundle of small, very fast particles. If you would follow one particle, it goes through both holes, and you can perceive it on two different places. Or, you can also perceive it not as a particle, but as two waves. So light can be two things at the same time…

Schrödinger’s cat is a metaphor to unveil the fact that the human intuition —  for which everything has a very defined and vast condition — is unable to grasp some scientific observations and idea’s. If you think about it, it can be pretty unsettling that a cat can be dead and alive at the same time. Curiosity would be deadly and reviving then…

So, then, another blunt statement: reality is just one of the possible realities. Set out the last couple of minutes of your life on a time line. On every moment you could have decided something else — for instance, you could have ordered a tea instead of a beer. Your life would probably be roughly the same, but on micro level it will be slightly different… In the case of a beer, more braincells would be destroyed, leaving the path open for new connections between your neurons. And that’s a cool thing. But it could mean that in another universum, you would be someone else, at the same time…

Which brings me to another thought: people perceive themselves as a defined object. By nature they talk about ‘I did this’, ‘I feel that’, ‘I think that’… But, as I pointed out with the zombie cat, intuition is not always right. I like to think of myself as the composition of Henry Andersen. He sees his debut vinyl on KRAAK, Stanzas, as a liquid that adapts to the context. Maybe it’s an interesting angle to see a person as a plastic bag filled with water. It adapt itself to the form you pushes the bag into.

Music has the power to serve as a tool to rethink yourself, or look at yourself at a different angle. It’s about the action of adjusting the bag. It might occur that suddenly the bag is in two states at the same time. Dead and alive. One note can become a swirling movement of tones and physical demanding body actions. Or, it can appear as a high pitched sound that creates psychedelic overtones, moving fastly through a space, coming from everywhere.

Is that the reason why the cat could be in danger when he is too curious? Because he can get lost in what he has set in motion? But isn’t it worth the risk, no?

Although, the dangers of curiosity are maybe more complex than getting lost and freeze to death in this or that stable. Even then the cat might be death and alive at the same time, but in different places and times. One of the dangers nowadays is that the thrill of the new is pretty hard to find these days, as our very daily live is filled with this particular experience. Western live could be perceived as being in a flux, in a constant cycle of renewal, which leaves us with an empty feeling that everything has been though, done and experienced before. So maybe being a cat is not about being killed any more, but about being stuck in an endless loop. Chasing its own tail. About the reality as one vast, unavoidable… ‘reality’. ‘Get real’ or ‘CTFO’ could be also about that.

The musicians playing on the KRAAK festival are finding their way out of this loop. They use music to be in different conditions at the same time, or to be liquid that adapts itself to changing conditions. By hanging themselves on pianostrings, using their own body as an instrument; or by setting melancholy as an aesthetical feature to stage micro-drama’s into sound; by using etheral conceptualism as a field to materialize language through bodies in space, interacting on the most basic human level — talking. Or by just playing blues and telling good stories about beautiful and weird people; by blowing a saxophone in circles; by fist-pumping out-of-phase techno.

I’m actually pretty sure they don’t care about the, intuitively felt, premise that everything is in a loop — the contemporary version of a vast, unchangeable condition. They are like the cat, or the liquid bag.

Anyhow, this small thought experiment is not as such a bout the festival. The festival is mostly about new, good, challenging and curious music. But I just wanted, dear reader, to bend and stretch your mind a little, by exploring these ideas about cats, the self and music. Then we will meet at the festival, and we will be ready to explore the different forms of music.