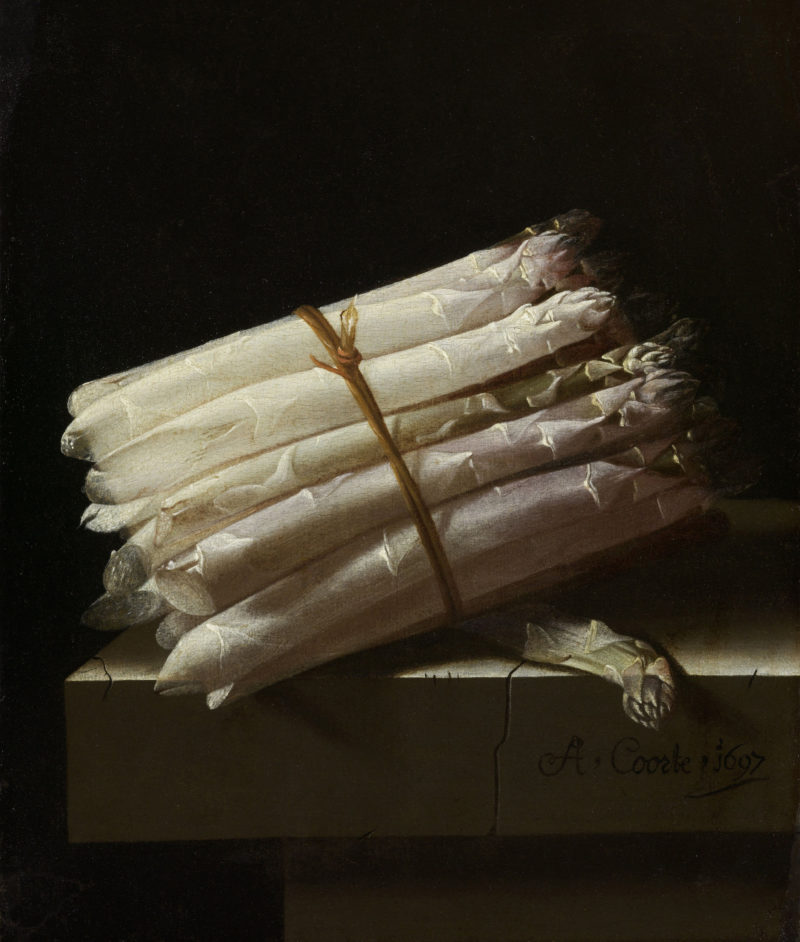 Music takes on different forms, moods and characters. As the second decennium of 2000 moves on, the strict borders between art disciplines have been evaporated. In the current avant-garde, it might that reinventing music is not always happening within itself. As Festoen, the young theatre duo of Linde Carrijn and Laura Vroom push music into the field of body movement and contemporary theater and the other way round. They strip it down to an abstract mass of detached emotion, creating an immersive and devastating experience unlike any other. The project’s name might hint towards classicistic and baroque methods. Back then, painters picture seemingly banal props and decoration to create a heightened symbolic context for the action or the scene.
by Claire Stragier

Claire Stragier, a young performance and visual artist herself, circulating in the same Ghentian Avant-Garde circles, sat down with the duo. Out of a lengthy conversation on how they started, and on their research, she distilled a mosaic of scenes. In 4 chapters, she poetically touches upon the sensitivities, the baroque influences and the modus operandi of Festoen.

A group of young artists rents a studio in Ghent together. They call it ‘De Schouwburg’ (The Theatre). They organize performance nights to show their work-in-progress to each other and their friends. On one of these nights Linde Carrijn was performing behind a glass door, she pushed herself against it, making faces on the glass. As such she created compelling, ever transforming images. The audience witnessed it from on the other side of the door. In the audience: Laura Vroom, friend and colleague. 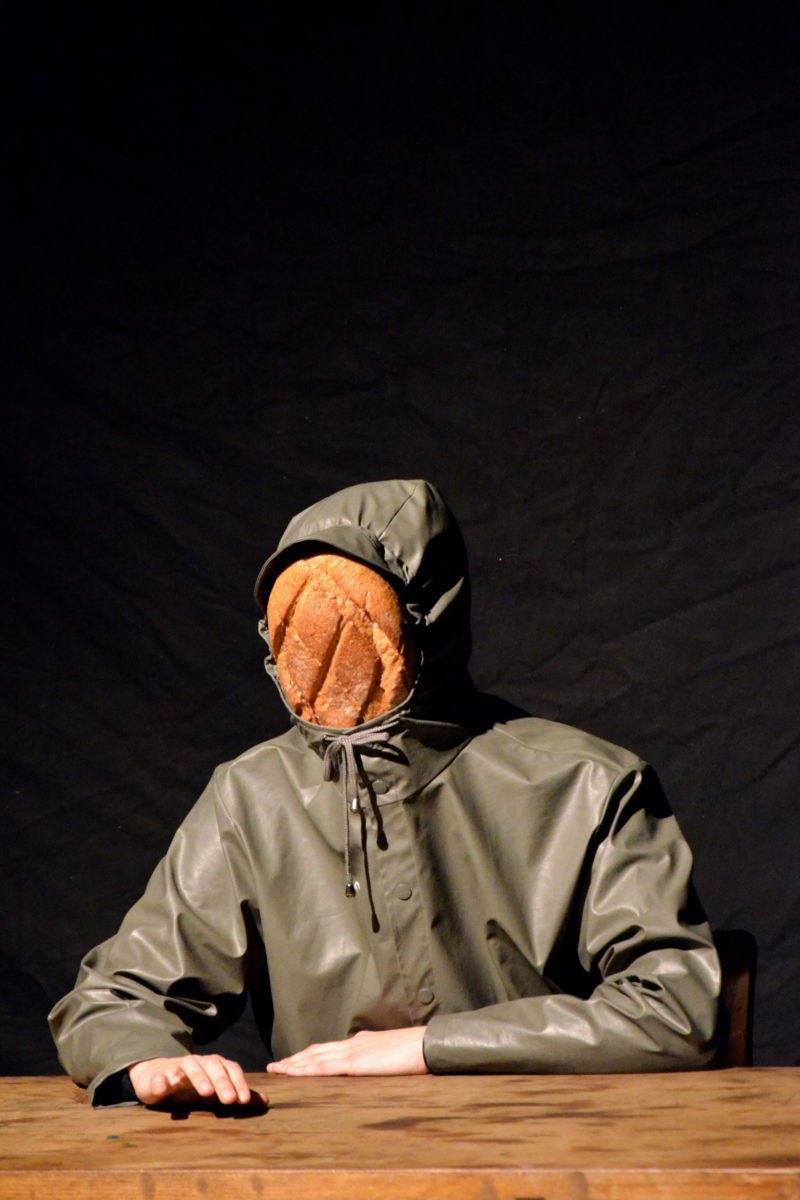 Linde Carrijn and Laura Vroom rehearse for a new performance at Vooruit. Long theatre curtains in the background. The curtains are borders, backdrop, walls, theatrical props, characters. As the duo moves from one rehearsal space to the other, they take accidental props with them (a raincoat, the curtain). The scenography contains traces of their work process. 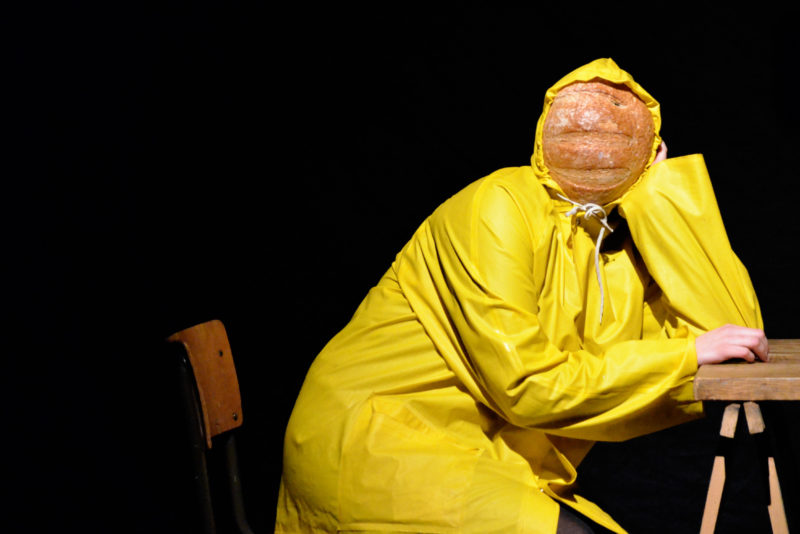 Three young women sit in the café of an art school. Laura and Linde talk to me about their performance research.

"We treat music, light, characters or décor equally. So when we for example add sound, we use it at the same level as the other elements. It is as important as the other ones. That's where imagination can start: when there is nothing "in charge" and everything is necessary, the brain starts to see things by making his own order and meaning. Something is happening in the space between what we show en the audience. And we don't want to decide what is happening in that space; It's up to the viewer."

How do they decide on what movement comes after the next?

“Trial and error. Just try it and then evaluate.”

“Like writing songs,” I say. “Sometimes a riff becomes a bridge or changes from chorus to verse”.

“Yes, but for me, music and theatre are two separate worlds. Music is universal and self referential. It’s made of waves. When you walk on stage in a theatre piece, you have to build your own concrete world. You have to provide the audience with a context. They hold you accountable. It’s also why I choose for theatre.”

Linde and Laura browse through their sketch books. Laura teaches us a new word: syncopation. 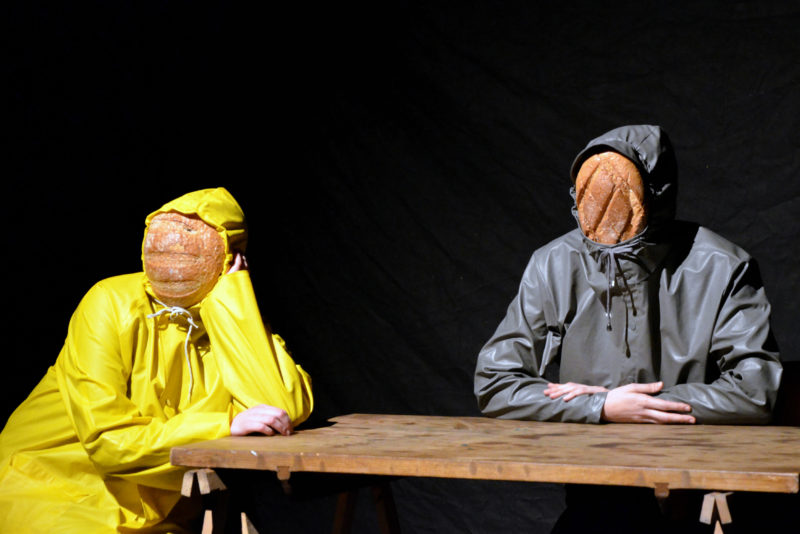