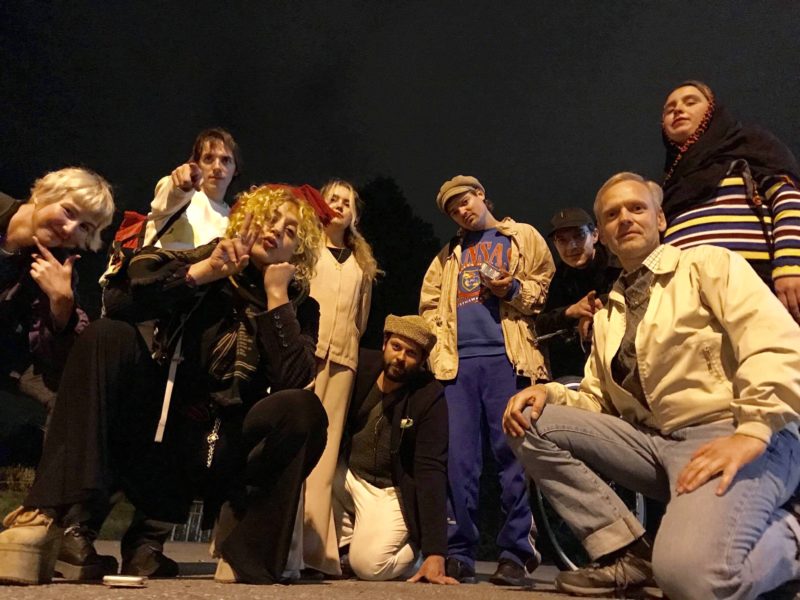 The documentary 'The Goodiepal Equation' portrays a highly original and somewhat curious figure in contemporary music and art – the Danish/Faroer artist Goodiepal. He is a loyal friend, a philantrope and a hacker and his personality and mystery is an essential part of his theories. His unconventional way of living is a crucial part of his art practice, and is all about bright imagination, genuine altruism and empathy. One of his recent projects is the band Goodiepal & pals. It acts as a refugee organisation, disguised as a contemporary Tek-Rock-Band - conducted by Goodiepal. All the money that band makes goes straight to stranded refugees. The band have been active for 2 1/2 year and has toured Europe intensively. Goodiepal is one of the guests for the Eastern Daze Festival: on the first day the documentary will be screened at KASKcinema, in presence of the film director Sami Sänpäkkilä. On the second day Goodiepal & Pals will be performing at TramZwart. This article offers as personal take on Goodiepal’s practice.
by Nina Vurdelja

I didn’t particularly liked Goodiepal when I first met him back in the past. He seemed like a villain that always tries to trick you and doesn’t even have a phone...Sami Sänpäkkilä got it sharp in The Goodiepal Equation documentary: he is a Hacker. How he became a good friend and one of the greatest minds I know, is history.
It has been a year since I saw him last, between the railway station and so-called Afghan park in Belgrade. In that mad flux of everyone and everything, we were having a Turkish tea in Mesopotamia cafe with other refugees. I was leaving Serbia and he had just moved there, and – too pathetic – we shared for a moment that strong affection for this special place on the Earth. We tried to meet up again but our paths haven’t crossed. So, here we are, in the virtual space of Skype – in the end the only place where you can (almost) always find him. In extended and irregular intervals, we speak about politics, music, cats, travels, and love. 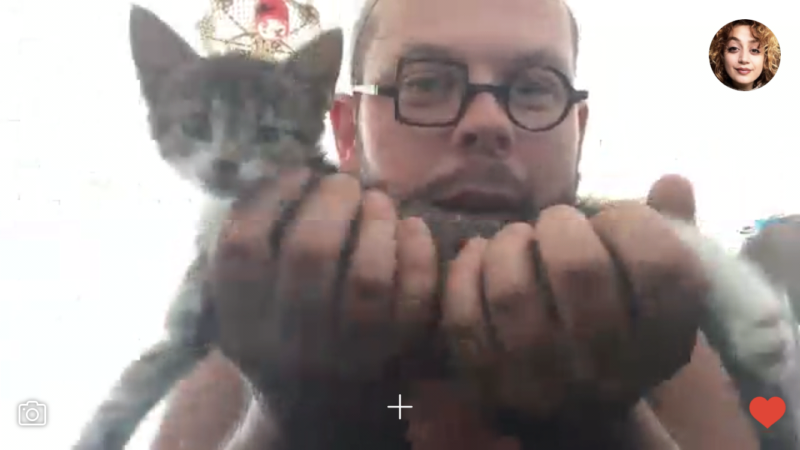 Parl (what is actually his name) and Nynne, his girlfriend and one of the Pals, are at the moment back in Denmark for a happy event of getting a baby this autumn. They will be busy around giving birth around the time of Eastern Daze!
After an extensive Eurotour this summer, Goodiepal & Pals have just put out a new release, 100% Næstekærligheds Tek Radio (Baked Tapes). In this 1,5 political radio stream Goodiepal speaks on and off about daily lives of refugees in Balkans and beyond. The idea is to amplify that underground insider voice digging out what has been going on with migrants out there and what western media is (still) spinning away.
Over last year, Goodiepal spent a huge amount of time working and living with refugees. He learned them English, to ride a bike, they saw some (in)famous Serbian art and other fun stuff. He travelled along the borders with Croatia and Hungary, were migrants are heavily mistreated. He also went all the way to Bosnian pyramids where some of the refugees happen to be hopelessly (or full of hope) wandering through the minefields.

I asked him what makes his presence there and his perspective different or more legit than all these activist stories flooding over social networks. “I take up and voice the role of a reporter, and I would say my news outlet depends on my other outlets...In a way, if I have done something good before, maybe you can trust me. It is all about how many points I have in my trust box”, whispers Goodiepal through voice messages popping via Skype.
Knowing very well old-school Balkan skepticism for pretty much everything (so both refugee crisis and European Union), I am dying to hear how people around him react to refugees and to what Goodiepal & Pals are doing there — if they even react at all.
“Absolutely, they do react and I think a lot of people are very friendly to refugees compared to Hungary and Croatia (and that being said they are not THAT friendly...). Still, a lot of refugees want to go to Europe, to Paris... everyone wants to see the Eiffel tower…” He wraps up how Serbia turns out to be better place for refugees than EU: it is cheaper and friendlier, and it is “a place where strange things can happen” 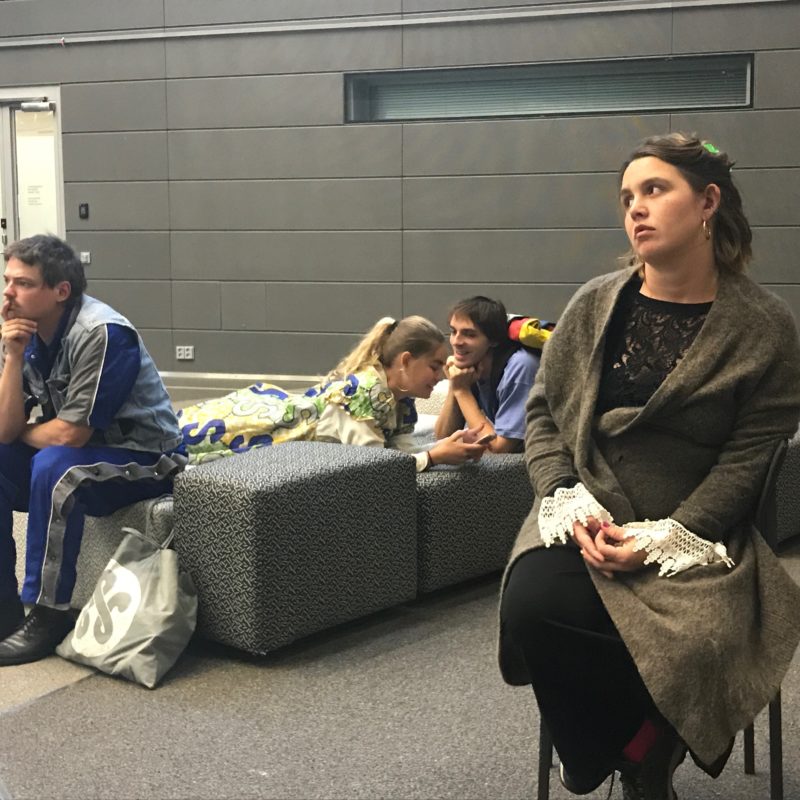 “People have been extremely nice to me, and I have been extremely open about what I have been doing. I was not here only because of refugees, but also because I fell in love with Serbia and people there, so it opened up to me, and gave me a lot of experiences.”
Compared to when I first met him, he recently started to speak extensively about love. In the beautiful ending of The Goodiepal Equation, he proclaims love as “one of the hardest topics he has been dealing with.” I am curious to hear what kind of love it is. “It is a love for your neighbour, a kindness. A Jesus love”, he answers and leaves me in wonder for a bit.

Philanthropy is a key to everything he does. Goodiepal is known for his “unconventional way of living”, unconventional because kindness and sharing are becoming a scarcity.
He was publicly giving out his belongings, including a self-made bike Kommunal Komputer Klon II, now at display at Danish National Gallery, together with his other valuables. All his knowledge is available online in form of his DJ audio $vars (his followers would know his epic audio chapters about art and life). I found out in an interview with Parl how all that has been done with the idea that an art object must live, otherwise it is dead. Also, I remember once, walking home from Tesla museum, he told me something about sharing what is already there and an urge to make up something new, something like magic. And it is all about that: sharing magic, and love. 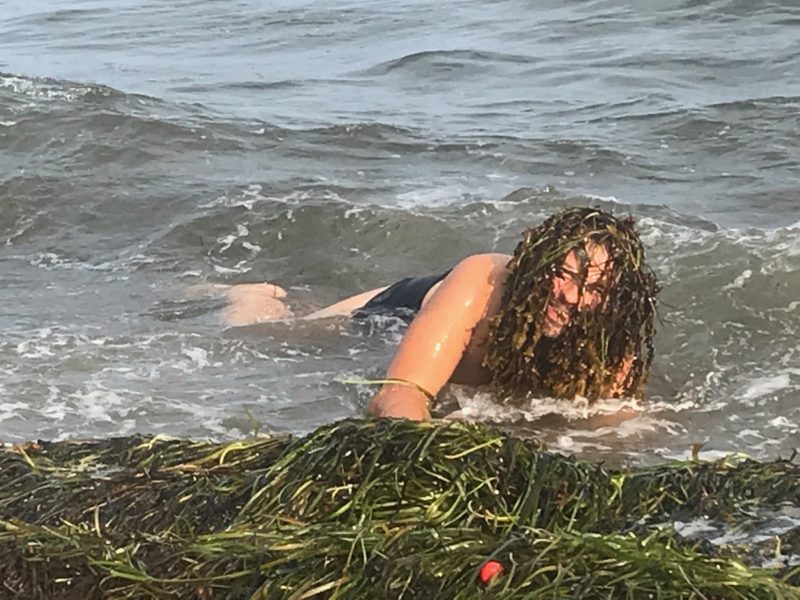 He explains, in lengthy discussions about art and activism, three layers in understanding the world and how things work: (1) mechanical music; (2) electronic music; (3) computer music.
“When I was young I crashed right in to layer 3 and wanted in my life to back-engineer my world”, he remembers, “but then in 2008 I wanted to future-engineer my world, and that crashed my train into politics and the refugee crisis.”
It was in that time when people started talking about computers evolving to the point of human brain. If that would happen, it would lead to a necessity to create music not only for humans, but also for that potential artificial intelligence.
“The general idea of radical computer music is that we are potentially not a supreme race on the planet Earth and if we believe in that, we should be also making things happen from that perspective. So I come from there, I was wanting to create music for that potential intelligence, but then, I have realised that Europe is not ready to embrace it. It is not ready for the alternative intelligence. It is afraid of new things, of intruders. No intelligence is allowed from outside to inside, that being artificial intelligence or refugee intelligence.”

Threads of his theories are knitted all over and deep into the internet, aiming to explain radical computer music as an evolving wave of resistance towards this fear of new things, a counter-action towards “growing contemporary lameness”. He was recently commissioned to do a podcast for MACBA. This podcast is full of witty observations on electronic and computer music of our days, lack of novelty, lack of spirit, lack of real impact.
While in Serbia, he had a great honour to meet her majesty EMS Synthi 100, kept in the electronic studio of Radio Belgrade.  He obviously had a lot of fun, however, he remains reserved about it being all about the past: “The question is, what to do with all that massive electronic music legacy for the future?”
That is how some great pieces of radical computer music made in Balkans ended up on his last release. When he posted on FB that video rapping through the EMS, I knew things are getting mad there… or in his words:

I think that knowledge, playfulness and fun are disappearing completely in this society. And someone has to take care of it. (The Goodiepal Equation)