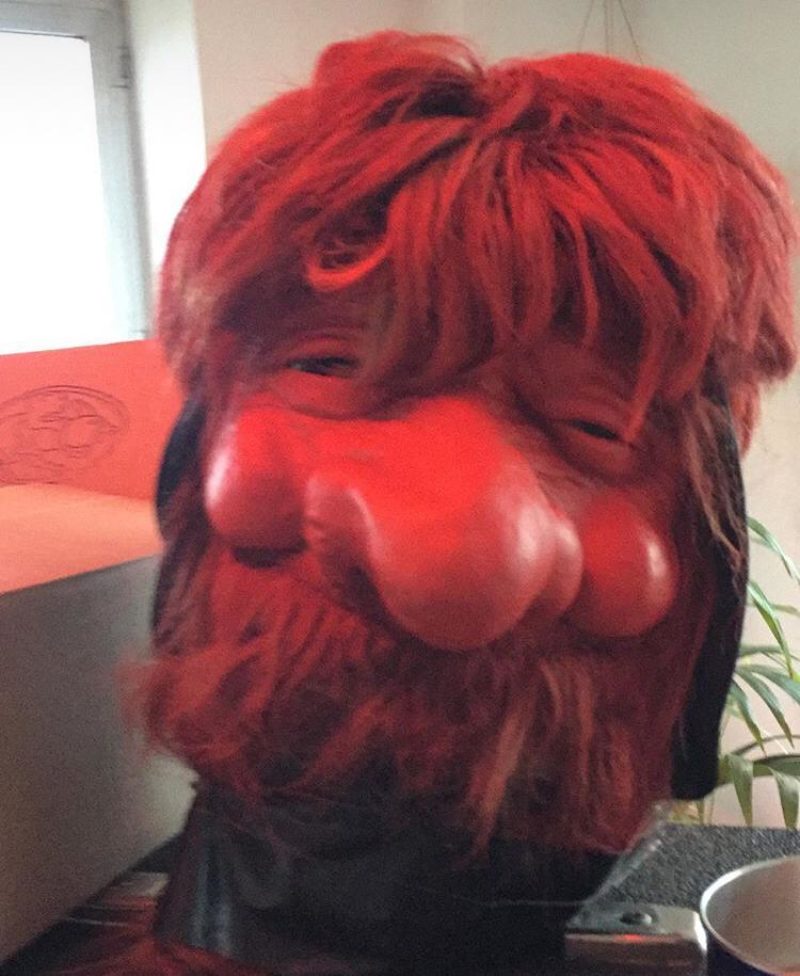 Thoughts and some word vomit to rehash a year and its good times.
by The Sludgehead Consortium

The year-end rituals of recapping and reflecting have come into full swing, and we were not spared from tidal wave. 2019 was a bit of an outlier for this here organization, with sudden changes and unexpected developments that were sometimes happy, sometimes rough, always constructive. This year at KRAAK there have been moments of deep uncertainty, but also of rediscovery, of trying things out for the sake of it and hoping that nobody catches fire.

Take this year’s KRAAK Festival with its ambitious 24-Hour Extravaganza concept: met with apprehension and not an unreasonable degree of skepticism, it opened new, surprising pathways for imagining what is considered to be a well-oiled machine. While the success of the formula was much-disputed (to say the least), it helped to stray from the usual mindset and explore different avenues outside of our comfort zone. After all, if there is one thing to take away from this year it’s that comfort zones are not to be taken for granted, especially in this fluid, contentious field that we call culture.

The meaning and importance of said field is debatable depending on who you ask, and, quite honestly, we are not fit to be the stalwarts that speak to any truth about culture and its drifts. We’re just here, spending time in unorthodox settings and making perplexing choices, but really, what isn’t unorthodox and perplexing in this world we’ve created? Fuck it, let’s make something of it, in it, from it - hopefully it will at least be fun! For even though the world burneth and the people voteth in ways that stifle and subdue, we’ll keep spelunking in this wild and weird nook that has always been our shared home, regardless of the politics and the spoiled hams and the backdoor bullying of random imperatives. We’ll keep the spirit of curiosity and adventure alive and well for 2020 and beyond, because we all need it. And, as always, we’ll stay light in the head and heavy in the belly - is there any other way to be? 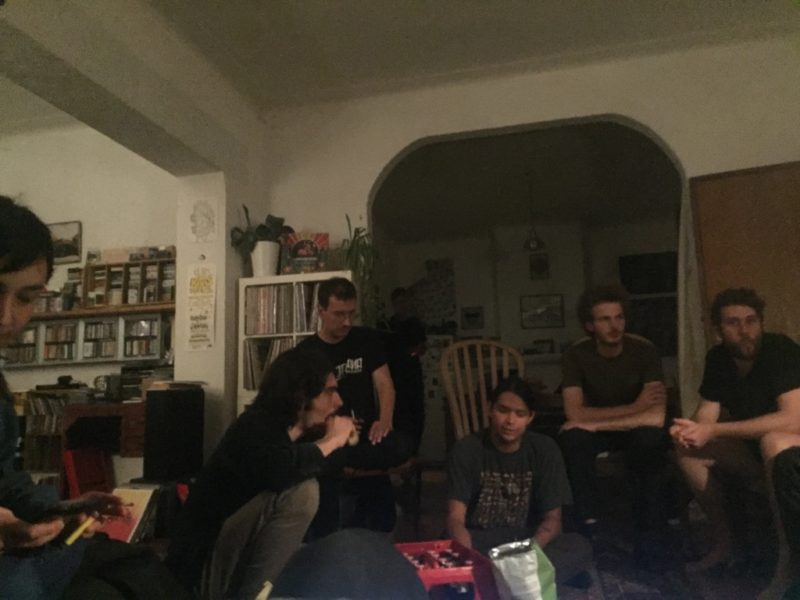 Anyway, here’s to all the great times we had, all the things we enjoyed, and all the people we enjoyed them with during this waning mess of a year. Let’s relive them, in no particular order and following no particular logic:

↝ Gardena festival in Rotterdam organised by the people from De Player guaranteed a weekend of big laughter and excellent discoveries. Highlights here were seeing KRAMP perform in Rotterdam and getting to know Stijn Wybouw, the guy behind this great artistic vehicle. He was earlier described to us as a guy with balls the size of a church bell, which made total sense after seeing him perform a few times more this year

↝ Knotwilg fest with a very surprising, refreshing line up and uplifting vibes overall! One of 2019’s best shows at this fest from Mosquitoes: these UK heads released a stunning record called Vortex Veering Back to Venus on Feeding Tube later in the year

↝ Similarly, many noteworthy sets from DJ Klakke at multiple occasions this year. Meakusma was most definitely a highlight for this chief 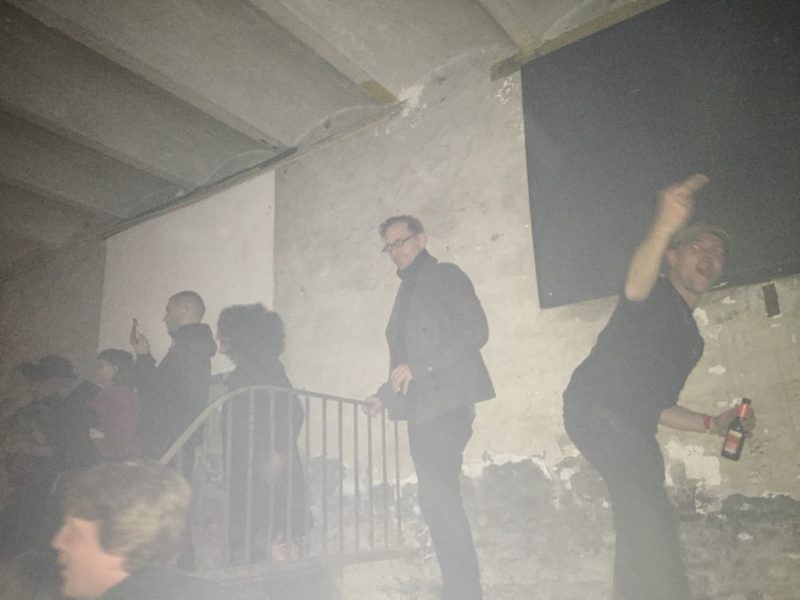 ↝ A kickass series of summer shows at the mansion in Rue Hector Denis in Brussels, aka Remi’s place, where Orphan Fairytale’s harp reverberated into the treetops and Vica Pacheco’s magical sounds bounced from the walls of the grandiose living room

↝ After seeing his DANK set at Remi’s, the Aries, Taurus, Gemini from Polonius’ LAST TRANSMYTHOLOGICAL ACROBATS SERIES were good company through hazy mornings, late nights, and the twilight zones in between

↝ Actually pretty much all of IKUISUUS’s output this year has been fantastic, but that’s almost a given at this stage. Mucho respect alwayz

↝ Hang outs at De Nor in Antwerp! Mr Tyfus himself created this space two summers ago and in a somehow strange, unconventional setting, manages to bring together different audiences, form the middle-aged Middelheim visitor to the usual Antwerp music crooks. A few stand out shows there could be witnessed, amongst others, by Frank Hurricane, this holey G also got an insane LP called Pymp World reissued on Ultra Eczema as well this summer

↝ Another madhead who passed by at De Nor was Mark Harwood, who went from reporting the Chilean protests over Instagram to molesting Annelies Monseré’s keyboard with shaving foam, everything this man touches turns into one big beautiful mess. Also some fantastic records came out on his label Penultimate Press. Top notch stuff from Triple Negative called Precious Waste In Our Wake and a new record from Pancrace called The Fluid Hammer, to name a few 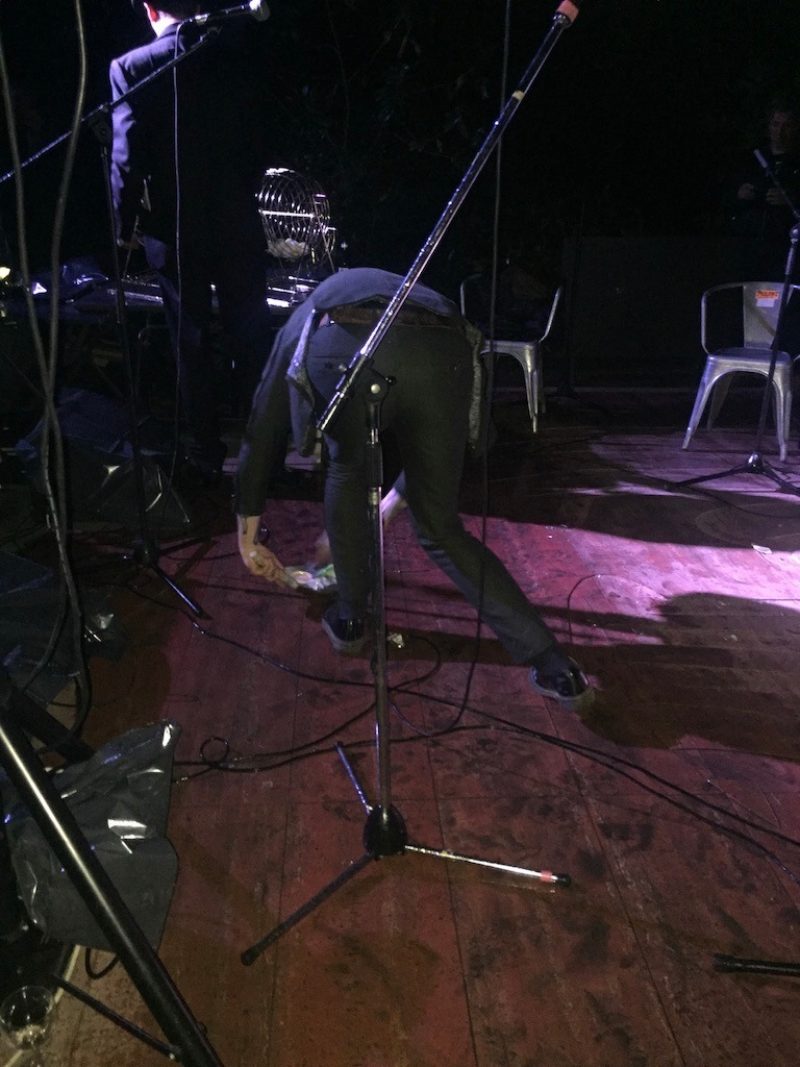 ↝ Much love also for Nonlocal Waves at Het Bos. Already big fans of Delta Wave festival, the added bonus of a collaboration with Nonlocal Society could only kick some wavy butt! Amazing lineup and otherworldly setting for a trip to a different dimension, crazy dances and all-night adventures ensued

↝ And because those Nonlocos are always up to something, two of our favorite releases of the year came from their lair: Starcave Mèmoires by Los Archimboldos where the unearthly powers of Embassador Dulgoon and the mysterious Dr Crocco merged to guide you through several starfields of a different continuum, and Bornite Nights by Borange took an alternate path through the Outback of an etherbeing’s fever dream

↝ Also Colour Out of Space in Brighton curated by Chocolate Monk gonk Dylan Nyoukis. French researcher in outsider music and composer Olivier Brisson, Flemish cyclist and geuze connaisseur Beyt Al Tapes and the duo of Bill Nace and Twig Harper all blew our socks away!

↝ We were lucky to bond again with Nace later in October when he returned to Europe and played one of the better KRAAK nights of this year at Level Five in Brussels. Bill Nace also released a fantastic 7” with Canadian jaw harpist Chik White which is pretty remarkable. Fun fact is that these guys have yet to meet in person 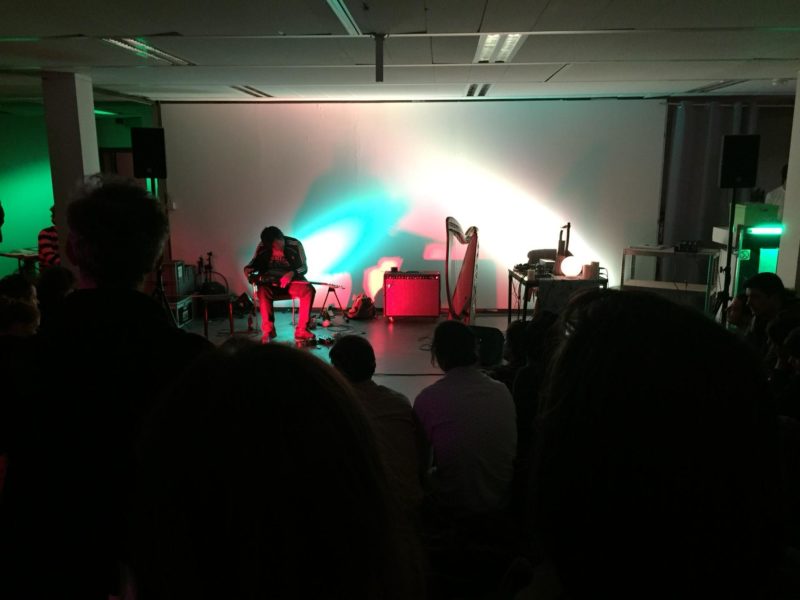 ↝ Some really surprising evenings at AB Salon! Seeing acts like Ka Baird and Les Halles in what pretty much amounts to a cozy living room, for free, with a cool Zinnebeer on your lap...got zero qualms with all that. It’s nice to see how Mich Leemans turned this room into a kind of free state within this massive organisation

↝ In the Ghent area, Lizzy Vandierendonck created one hell of a surprising happening at In De Ruimte where she carefully twisted everyone's minds with a fine selection of visual works and performances by, again, Orphan Fairytale and her magic harps, the one euro shop pop of De Batteries and many more which is hard to remember now due to the mental liquids which were going around that evening.

↝ A.N.I during Schiev Festival: the all-star boyband with Ernesto “Bear Bones”, Max “Black Zone” and Florian “Don’t” delivered what was described by a local concertgoer as “the best first 20 minutes I’ve heard all year”. The ensuing minutes were similarly dissected

↝ Sharing a collective infatuation with Jackson C. Frank, thanks to Hendrik BBF Dacquin’s mastery of his obsessions du jour 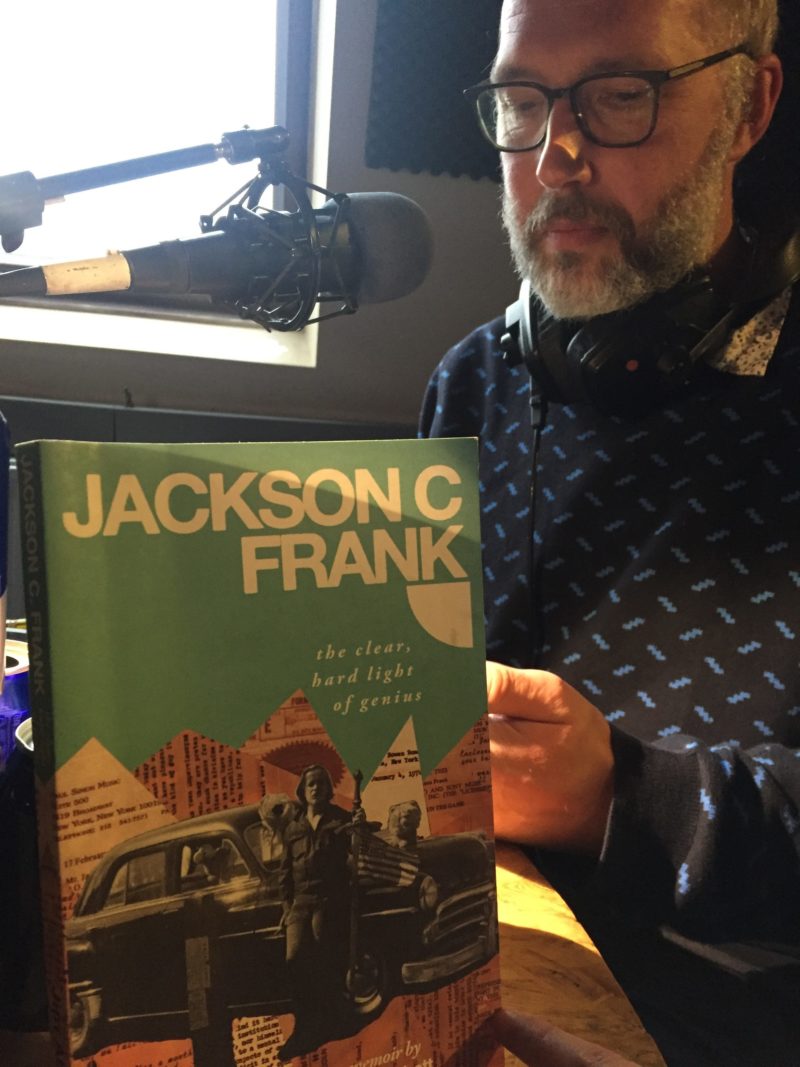 & here are some other releases who have been on rotation at the HQ’s!

↝ Kuupuu - Plz Tell Me: Came across this self-released tape around late summer. The plan is now to release parts of it for a new Kuupuu record next year at KRAAK

↝ 75$BILL - I was Real. Who else! Our all-time favourite US buddies

↝ Raymonde - Ce qui est en bas… Indisputably one of Vlek’s cornerstone releases. All hail the new king of the underworld! Good ass times at Eastern Daze with the dude, too. We mean it literally 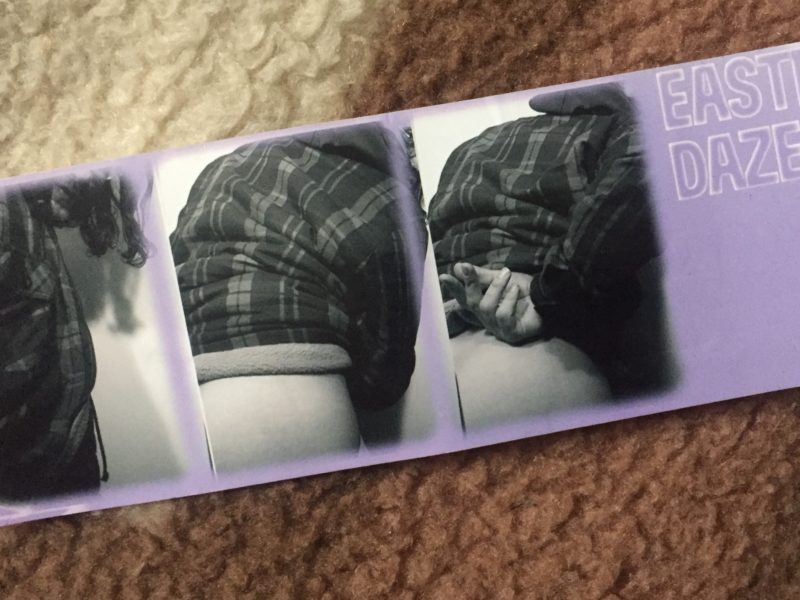 ↝ Carrageenan - Let’s Go There for being the king of the saturated dancefloor jam!

↝ Cucina Povera - Zoom. Looking forward to seeing her at the next Knotwilg fest!

THAT’S IT FOR TODAY, FOR THIS YEAR, FOR THIS DECADE. 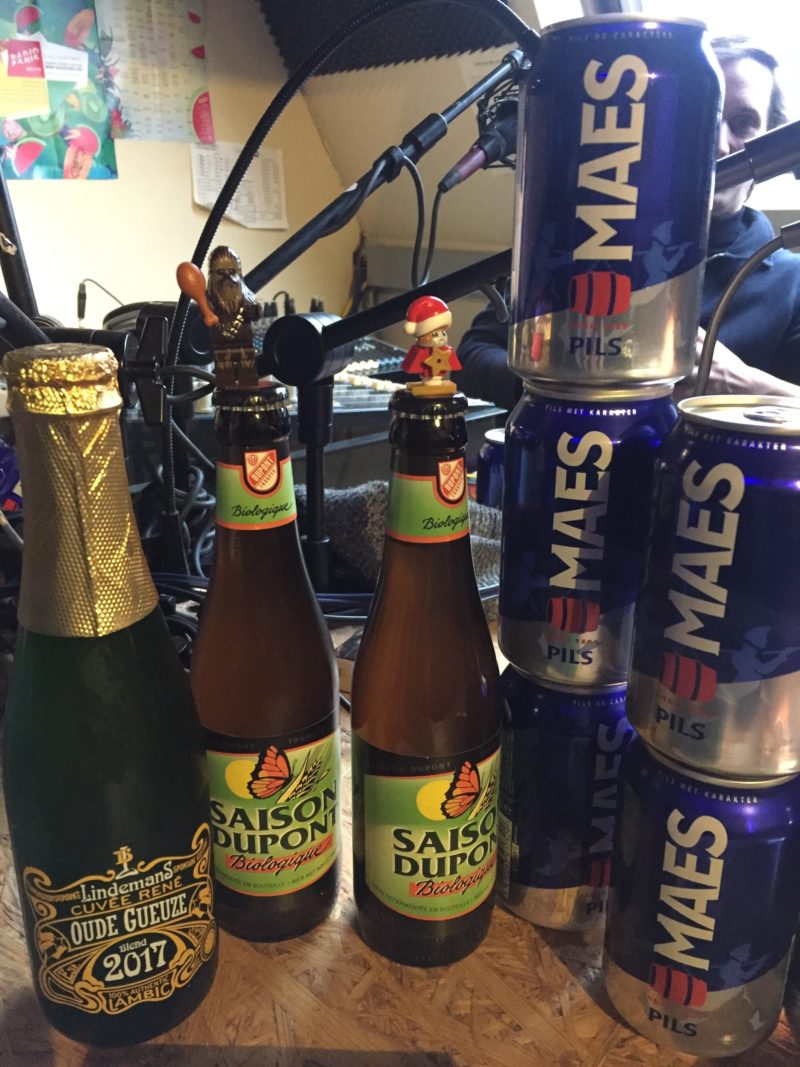