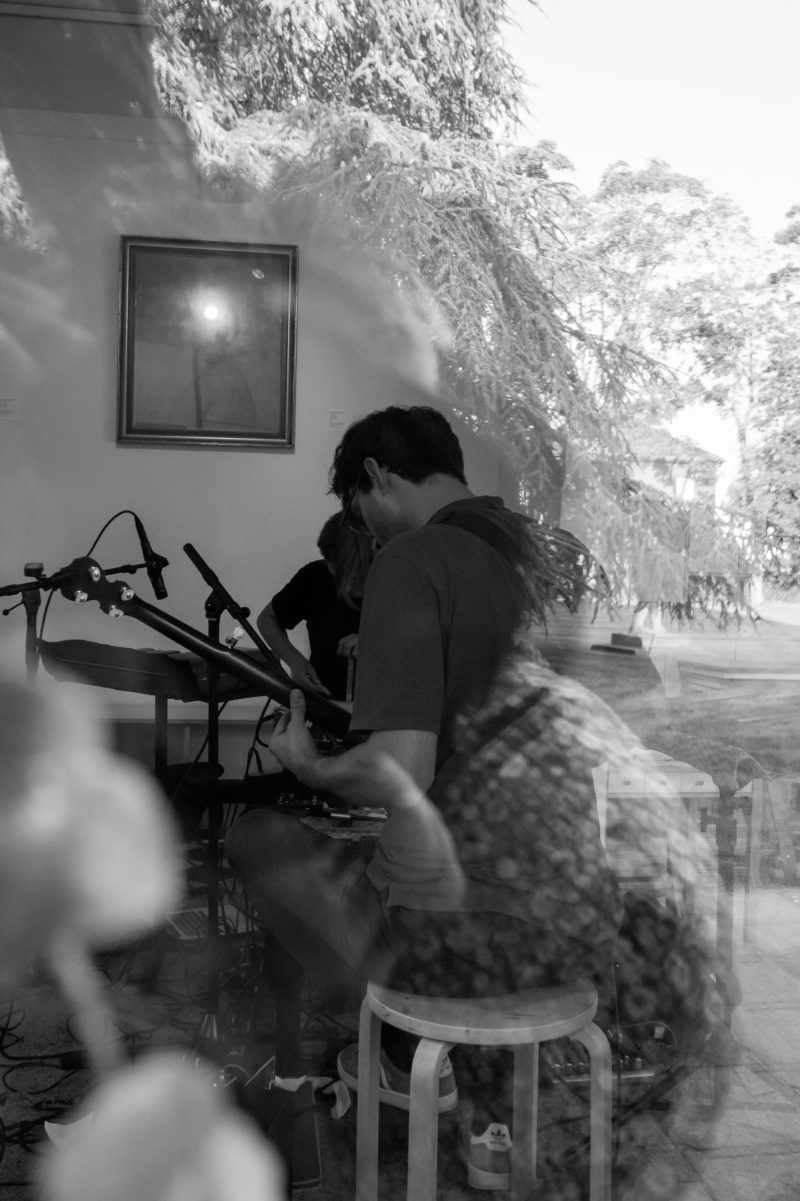 After discussing the taste of the green tea we are drinking, going over a palette from spinach to grass to moist earth, I sat with Ruben Machtelinckx and Frederik Leroux around the table of Frederik’s beautiful home in Brussels, the birthplace of their musical duo formation Poor Isa. They recently released the album Let’s Drink the Sea and Dance on Aspen Edities, which is entirely composed of banjo, percussion sounds and the occasional voices.
by Amber Meulenijzer

You’ve known each other for a long time. How long have you been working together?

The first time we played together was on an album by Linus, another duo of mine. We recorded

While listening to the record, I had a feeling of weightlessness, but at the same time I feel there’s something twisting and almost colliding in the sound. Does that correspond with your feeling of the music?

The notion of silence is a beautiful given. A sound that appears suddenly takes on a different meaning, which then shifts to something musical.

Yes, a large part of the tension in the music is actually determined