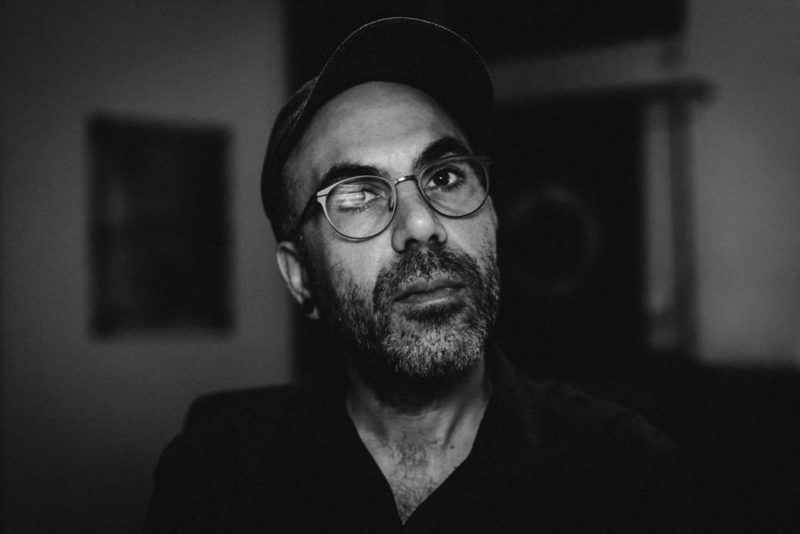 IN CONVERSATION WITH JÜRGEN DE BLONDE
by Jürgen De Blonde

Hello Rashad, pleased to meet you and to get the chance to talk to you.

You are a well known mastering engineer and cutter. You are a sound artist and performer as well. What is the difference for you? Do you consider both to be art or craftsmanship or maybe neither? Where do you draw the line, if any at all?

Well... These are simple and yet tricky questions already.

My concept of art is very informed by the sixties and in that sense the term actually holds little significance to me. I am absolutely not anti-art but I am also not very protective of the term and the phenomenon. Craftsmanship on the other hand is something that I cannot really claim for myself I guess as I have little education. The term has definitely an auratic bond with following up on traditions and being true to them and studying hard to live up to them and evolve them.

Both realms can awe me and evoke deep respect but I don’t think I have strong aspirations towards either when it comes to attributing myself. Both realms can have very annoying side effects of celebrating ability and ego. Both can be dwarfed by too strong a will to design and create. Both can serve great causes… alas; I cannot really locate myself on any axis between the both.

I guess a line between art and craftsmanship could be drawn when it comes to mediability vs. immediacy.

The practical difference between being a composer / musician and working in the musical service industry is immense to me, in a way it is not even the same life. I am dealing with entirely different questions with an absolutely different sense of time and in a very different mind set. It is the difference between a day job and something that emerges from your culture / ideology / possibly personality. The fact that in my case the both are relating to sound is not that significant after all…

Your pieces sound very organic, alien, primordial and psychedelic (psychotropic almost). Are those pieces based on mind-altering experiences or are they purely based on figments of imagination? Do you have a certain idea in mind of what you want to create or is it more a matter of preparing a patch with your set-up and seeing what comes out of that?

RB: While I think that psychedelic drugs are the only drugs really rewarding and worth taking, my interest in and sense of music is really not shaped by them.

I would not call it imagination but actually be smug enough to call it fiction. I want to have a clear aspiration regarding the character, mood and range of every single element before I sit down to sonify it. In that sense I write the sounds before I synthesize them. They get a name before I touch a knob. I need this to hold on to pieces. If I do not know what kind of fiction I want to create with a piece or a cycle of pieces then I always end up deleting stuff. I have deleted a huge body of work in my times. When I don’t know what it is that I am putting together, if method / strategy get arbitrary I end up having no judgement and also I get bored…

I never think in terms of patches. Maybe, at this point, I should stress that although I recently started indeed drafting instruments with modules, I really don’t think that I am part of the modular synthesizer culture, as it seems an entirely different approach to composition

Do you consider your live performances as crucial? Do they add something to your recorded work? Where lies the difference between live and studio for you?

The difference between live music and recorded music is the difference between push media and media on demand in a way. Playing live is ultimately push media, possibly responsive to the surroundings. It expires instantly and has probably an immediate social context to it. It interferes with the attending biographies on base of one singular (multidimensional and multi-subjective) mutual intervention. Recorded music finds multiple entry points to the same biography (at least if it is not rejected) and has to withstand the scrutiny of many different conditions of live, different moods, different weather, the commute to work, accidental lucid dreaming, washing the dishes, sitting in the gift wrapping room with a nice glass of warm milk and so on. Recorded music has a mediated social context to it. People bond over it potentially, but in a different way than a shared instance. It will often be visited alone.

In all that light, playing live is indeed much more precious and much less troubled to me then recorded music. When recording music, all the future social / individual relevance it might hold is practically fiction too.

How do you relax your ears? Can you still listen to music and enjoy?

Relaxing my ears practically means changing my mode of listening. I do this by either not listening at all or trying to auditively capture as much as possible, on a purely phenomenological level. I do sometimes go through cities pretending I am deaf. Just not responding to any auditive stimuli or address at all. It’s like wearing a costume to me. On other occasions I do try to not miss a single detail of the sounds surrounding me without putting them into context. Both I find deeply relaxing.

I am a very stoic listener, if I find a piece that deeply intrigues me or that I find very gratifying I listen to that piece for a year or even longer until another piece pops up successively taking the former ones place… I always only have a few pieces resident in my everyday life and if I really connect with music it stays indefinitely. I am still listening to the music that informed me when I was 13 years old. Also I do indeed listen to my own music quite a bit. It is simply the sort of music that I want in my life. 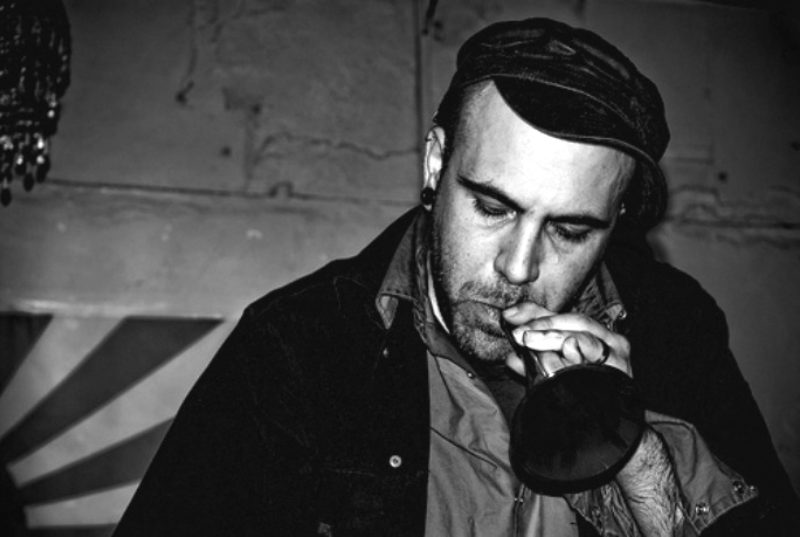 At the KRAAK festival I saw the trio you play in. It sounded similar to what you do solo, only more dense and with an expanded palette. Is this the result of finding partners in crime? And what’s with the masks?

Funny you should mention the masks… That trio is nothing new, it is the continuation of a conglomerate formerly known as column one that has been active since more than 20 years. It used to be more performance based but recently we wanted to turn more decisively towards musical performance. Hence the name change to ‘moleglove’; don’t ask…

The reason why that particular concert sounded so much like my music was actually the masks. Column One was always costumed and we did not want to entirely give up on that and really liked the bush masks. But we failed to rehearse with the masks, and when went on stage with them it turned out we could not actually see that much. Slightly disastrous and I was the only one who could still navigate his equipment to some degree... Hence it was an involuntary or accidental near-solo show but without me being prepared for that… hm… I want to believe that some people still sort of enjoyed it but it was a bit frustrating for us naturally to realize that we are stupid men. And we were indeed eager and prepared to perform an entirely new take on the column one legacy but failed near miserably.

Do you like insects? Do you imagine their sound world?

I do indeed have insectophobia. I cannot stand them touching my skin and looking at them makes me shiver. The worst thing about them is the sounds they produce. A slightly even more bad thing is if they do not produce any sounds whatsoever, like the stupid hideous moth. A distinct and big exception is cicadas. I adore their repertoire, specifically in East Asia…. Japan, China and Vietnam are very rich in local sound profiles when it comes to cicadas and I am mesmerized. I have hours of recordings. Funny enough, a cicada on my arm is no trouble for me whatsoever, I deeply admire them.

Is there a linguistic dimension to your music?

I am not sure…. I guess it would be quite a stretch for the term linguism to make that claim? I guess there is of course a semiotic dimension but I reckon that is true for all music?

Where do you take your inspiration from?

I am not entirely sure… It is probably more a question for motivation than inspiration. As for that, I just want a certain sound or musical mood or condition to be there and hence I make an effort to create it.

Do you have certain records you take as an example in terms of mastering?

No, would not make any practical sense to me. Clients have been bringing in reference records in the past and it was never helpful... I believe there are plug-ins which recreate a spectral profile of one piece on another though. But it seems like a futile effort to me.