Spacing out in a timeless setting on a hilltop near the Rif Mountains. 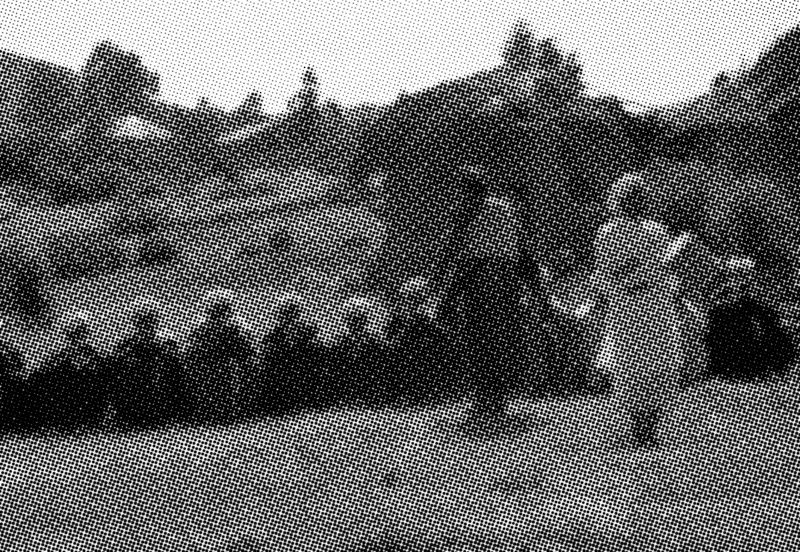 The festival attracts a herd of heads, freaks and beats tired of our homespun iterations of warcraft and terror where there is only room for dehumanising winners. We encounter a Canadian: John, builder of dream machines, who routinely bursts out in peals of freakish laughter and stays awake during the whole festival. There’s David, a 50-something clad in black leather in the midst of trespassing the Moroccan highways that reek of cannabis and fresh watermelons, and who brought along a portable surgeon set that appears to be an early e-cigarette prototype. Louie is a big Stones nerd and general nice guy who constantly scrapes away at the vault of Rolling Stones inspirations for musical parallels. Richie is a journalist and is pretty much continuously very very stoned. It was hard to get to know the musicians themselves though, as they were always smiling silently for lack of better intercontinental conversational devices. That is, until the night our friend Pieter pranked an older tribe member with a Whoopee Cushion fart bag. The Whoopee Cushion was thoroughly examined by all musicians for what seemed like hours until we all exchanged looks and started laughing and howling. Tears streamed down out faces. It was the first time we communicated with the musicians outside their musical realm. Telephone calls were made, a Sufi Moroccan on the phone, speaking fluent Dutch and living as a Joujouka expat in our hometown Ghent. 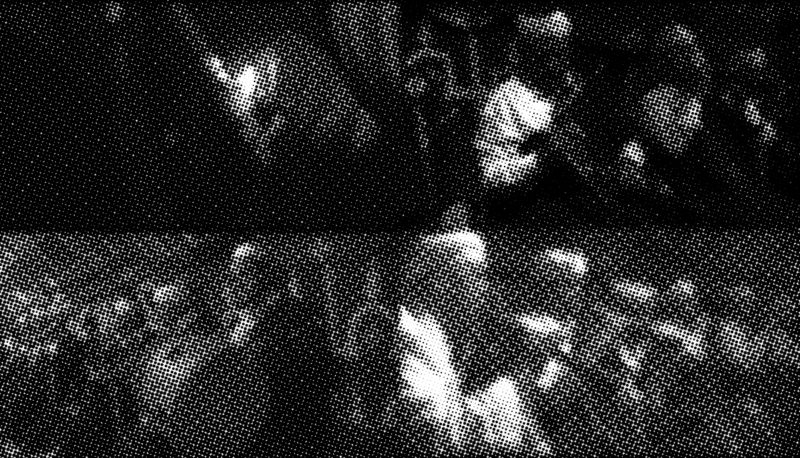 The festival is a three-day affair and it’s only after the sunset on the second day that the whole village and the neighbouring towns flock together to attend the show. Curious youngsters, filled with the soundless daydreams of World of Warcraft, must ponder if they are to be the future bearers of the musician’s heritage that has existed for centuries. Young women, laughing timidly at the spaced-out Canadian with his Mexican boots and a flashbulb camera, cheer joyfully and proudly at these local prodigal executors of hypnotic tunes.

The Master Musicians change into their djellaba outfits; violins and lutes are traded for supersonic flutes with magical powers, a bonfire is lighted and pipes are supplied with fresh powder. All ready for a three-hour flute set. Magical sounds of the pied pipers guide us to a parallel world. Far East and far out. As the intensity peaks, Boujeloud runs and screams through the crowds. Half goat, half man, a horny beast hitting people with olive branches, challenging our pillar of Western monogamy. Like the pied piper, the Irish troll, and Pan, behold a descendant of deeply buried mythical spirits. All is dark but for the lightning of the square moon, the bonfire and the bulb flashes and smartphone screens of us foreigners, the lone and true children of the mobile revolution. The band keeps playing faster and wilder and the music transforms into the most brutal and loud techno trance music ever heard, holding within the Western prodigy of the nature spirits. Yep. Best festival ever!