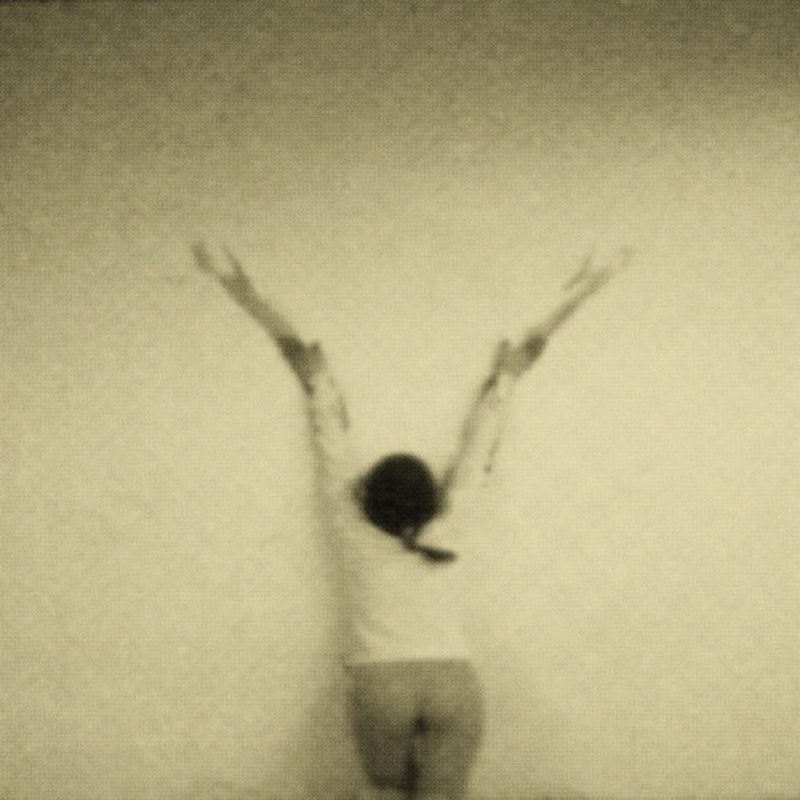 White Death is collaboration between Kelly Jayne Jones and Hannah Ellul. The Internet provided us answers by Hannah on our questions about their work. A deep conversation on improvisation, the experimental scene in Brexit Country and the greater value of Awkwardness.
by Niels Latomme

1a . Not a place of fluids, organs, muscles, tendons and bones all in a constant, precarious and living tension with each other, but a vacant, hollow, whited chamber, scraped clean, cleared of any evidence of the grotesque embarrassments of an actual life. No smells, no noises, no colour; no changing from one state to another and the uncertainty that comes with it; no exchanges with the outside world and the doubt and the dirt that goes with that; no eating, no drinking, no pissing, no shitting, no sucking, no fucking, no nothing.   David Batchelor

2 . And ‘white’ appears. Absolute white. White beyond all whiteness. White of the coming of white. White without compromise, through exclusion, through total eradication of non-white. Insane, enraged white, screaming with whiteness. Fanatical, furious, riddling the victim. Horrible electric white, implacable, murderous. White in bursts of white. God of ‘white.’ No, not a god, a howler monkey. (Let's hope my cells don't blow apart.) End of white. I have the feeling that for a long time to come white is going to have something excessive for me.

I read the bio of White Death and I was intrigued by the references to Henri Michaux, what do you want to tell with that, and how does literature relate to the music you make?

The ‘bio’ is from a zine in the making and is from a series of propositions on the idea of ‘white’. One is by Michaux, there are others. Collaging fragments sometimes seems like a way to start feeling out something new—collage, I figure, is a kind of pointing out and making connections that seem right just now (the carrier bag theory of blurb writing, cf. Ursula Le Guin). Perhaps the way we put sounds together sometimes works along the same lines.

You are also a visual artist, does that have an impact on your approach?

I don’t know about this, my initial reaction is to say I don’t feel like it does particularly in this case but Kelly might have another perspective. I’ve been involved in this kind of music since I was at art school and in some respects I feel like I had a fairly clear sense of what I wanted to do musically before I could say the same of my other work. And that perhaps the influence has been in that direction, with an interest in sound influencing the rest of my work. Having said that, being interested in different forms is always going to shape what you do in sometimes unexpected ways, and that’s certainly been a factor in some of the other music I make which has involved integrating video or text or different kinds of performances. But it hasn’t been something that’s overtly influenced White Death (yet).

How did White Death start out?

We first began playing together when our old bands (Part Wild Horses Mane on Both Sides and Helhesten) did some collaborations years ago. We toured as one band in in France and Spain in 2008, and probably started playing (very) occasionally as a duo then. Kelly was on flute of course and I was playing clarinet at the time, so it seemed an obvious thing to do. We were touring with Chora, and Kelly and I would also occasionally jam with Rob Lye, and his new alto sax. In fact, I think there was a tape released at some point of the three of us. Around that time, Kelly moved to Lyon and I think we did some recording there as a trio and also as a duo. But it was very sporadic until Kelly moved back to the UK in 2010, when we actually christened White Death and released a tape, Myth and Maneater. And then it all went on hold again. We were in different cities…

For the last three years we’ve both been living in Manchester and have played live occasionally but there have always been other projects demanding our attention, and so we only just got round to putting together a new release, on local label Sacred Tapes. In the meantime, I’ve become disenchanted with free improvisation (or, to put it more positively, I’ve become more interested in other ways of doing things) and I’ve put away my reeds, and what Kelly does has changed a lot too. But some kind of affinity has persisted, an interest in a similar kind of sonic space and texture, perhaps.

Well, it’s been central to the kind of music I’ve always made and yet I’ve had difficulties with it as an approach too, with the kind of habits it can foster. I spent a lot of time thinking about what it meant to improvise with other people and I came to realise that what I really valued were the moments where it felt like everything might fall apart, where there was a kind of provisional, precarious quality to whole affair.

Adam Kotsko has this great line in his book Awkwardness:

“What we can do is practice the skill of awkward improvisation, of identifying those situations most fruitful for intervention, of feeling out the shape and rhythm of consciously-chosen re-doubled awkwardness [...] an awkwardness so awkward it becomes a kind of grace–it is the peculiar kind of grace that allows us to break down and admit that we are finally nothing more or less than human beings who will always be stuck with each other and, more importantly, to admit that we are glad of it.

(He’s not talking about music specifically, but it has obvious relevance.)

I probed at that and pulled what I was doing apart until I kind of hit a wall, and began working with structures and post-production more, eventually moving away from improvising almost totally in Human Heads, the other band I play in now. My interest in awkwardness persisted. With Kelly, I’ve had to improvise again and it’s not always easy to work out how. And part of that is trying to remember what I get from it. And what that is, I think, is negotiating with people and spaces: messily, contingently. (Kelly has similarly shifted to a more complex kind of performing that isn’t straightforwardly improvised, I’d say). I’m not particularly interested in catharsis, or whatever.

Here’s one more line for you that I often think about, from the much-missed Mark Fisher writing about the Scritti Politti of 1978:

“The methodology then was improvisational, but the group didn’t want anyone (least of all themselves) to be under the illusion that it issued from some vitalist wellspring of creativity. It was the sound of a collectivity thinking (itself into existence) under and through material constraints.”

I like the bleakness in the tracks you have sent. Is it intentional and does it relate to your own emotional state of being?

I don’t agree that they are bleak! And so it must be unintentional. What is intentional is a kind of darkness or heaviness. And perhaps that’s not an accident. There are certain preconceptions about where something might go when you play flute or clarinet, these traditionally feminine instruments, that maybe have other kinds of baggage too in terms of associations. So if you want to resist that and to push at what you can do with your sound then going heavy is one way to do it.

I think the sounds we’re interested in remain fairly consistent—working with space but occasionally playing with noise, with harshness. More and more, with field recordings too, breaking in with different sound worlds of their own. But I wouldn’t call what we do bleak. And I would definitely be sceptical of any attempt to such suggest that we’re just ‘doing feelings’.

Perhaps if you hear bleakness it relates to your own emotional state of being? ;-)

That may well be so… laughs. You’ve been around a long time in the UK experimental and underground scene, I’m always interested in how they evolve and how they work. How do see things have changed over the years?

You know, this has stumped me a bit. I suppose I have an unusual perspective because I’ve moved around the UK a lot and it’s probably quite uncommon to have been involved in doing this in so many different cities. But I’m not sure it’s easy to make generalisations about changes in a scene, especially when the very idea of what constitutes a ‘scene’ seems to dissipate as soon as you try to pin it down.

But leaving that aside (I would broadly agree that there’s something nebulous but significant that the word ‘scene’ names), I think that, generally, everyone is pragmatically trying to make things happen as best they can wherever they are, and everyone has peaks and troughs during that process. People fall in and out of love with putting on shows; fads come and go when it comes to doing releases. And there are practical reasons why that happens, especially when the sense of how vibrant a city is for underground experimental music actually comes down to the efforts of what might in fact be a pretty small group of people. But things continue to happen, one way or another. The only obvious shift I can think of is the fact that when I began to be involved in this stuff, in the mid 2000s, it was during what in retrospect looks like a bizarrely hip phase (it probably looked bizarre to older heads at the time, too). Wolf Eyes on Sub Pop, weird shit getting reviews in unexpected places (especially if it came from the US), lots of cool kids coming to shows. Gigs were packed! Realising that wasn’t going to last forever took a bit of getting used to for those of us who stuck around!

And I suppose in the UK the last 10 years has coincided with a period when it’s become much harder not to have a (full time) job due to changes in benefits legislation and a housing crisis, and much harder to get arts funding (and much had already been done to make the situation difficult by the early 2000s)—so the two principle ways that people had found to support themselves while making art and music for decades have been massively undermined. So I suppose that might be a factor in why my abiding sense now is one of a certain pragmatism, of making do.

What is your favourite Belgian beer?

I’m not really a beer drinker, that’s more Kelly’s area. Having said that, I am partial to the really sour beers. The more they taste like actual human bile, the better.

Then you should try Geuze! Thanks for the interview.