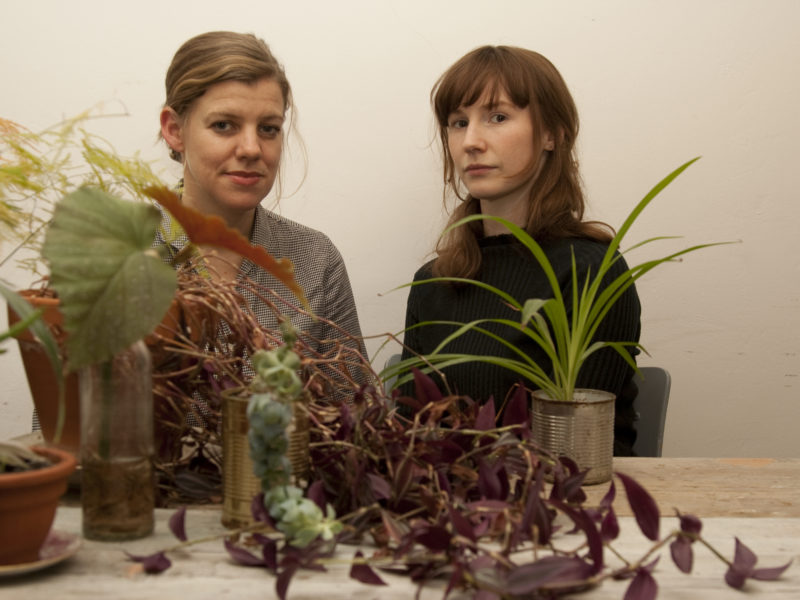 Under their Native Instrument moniker, Stine Janvin Motland and Felicity Mangan, blend abstract vocals with wildlife sounds to create their immersive insect techno. CAMO, the debut release of the duo, has to be one of the most pleasantly alienating records of the year, presenting four pieces which absorb the listener into the imaginary biotopes from which they emerged.
by Jannis Van De Sande

Native Instrument has been active for a while now. How did your collaboration start?

Our first show was about two and a half years ago in a small bar in Berlin, the intention was

Stine, a few years ago, you played a solo show for KRAAK, in which you were not on stage, but moved through the building wearing a microphone. Is the performative aspect important for Native Instrument?

STINE JANVIN MOTLAND
In Bergen, a city where it reportedly always rains, pushed the young artist Stine Janvin Motland the limits of the human voice. As true vocal poet she produces an intens array of sounds, from which it…
by Pauwel De Buck
De Neus van God
A intuïtive november excursion over electronic no wave, composers to the sahel and Knesselaere kosmische muzik.
by De Neus van God