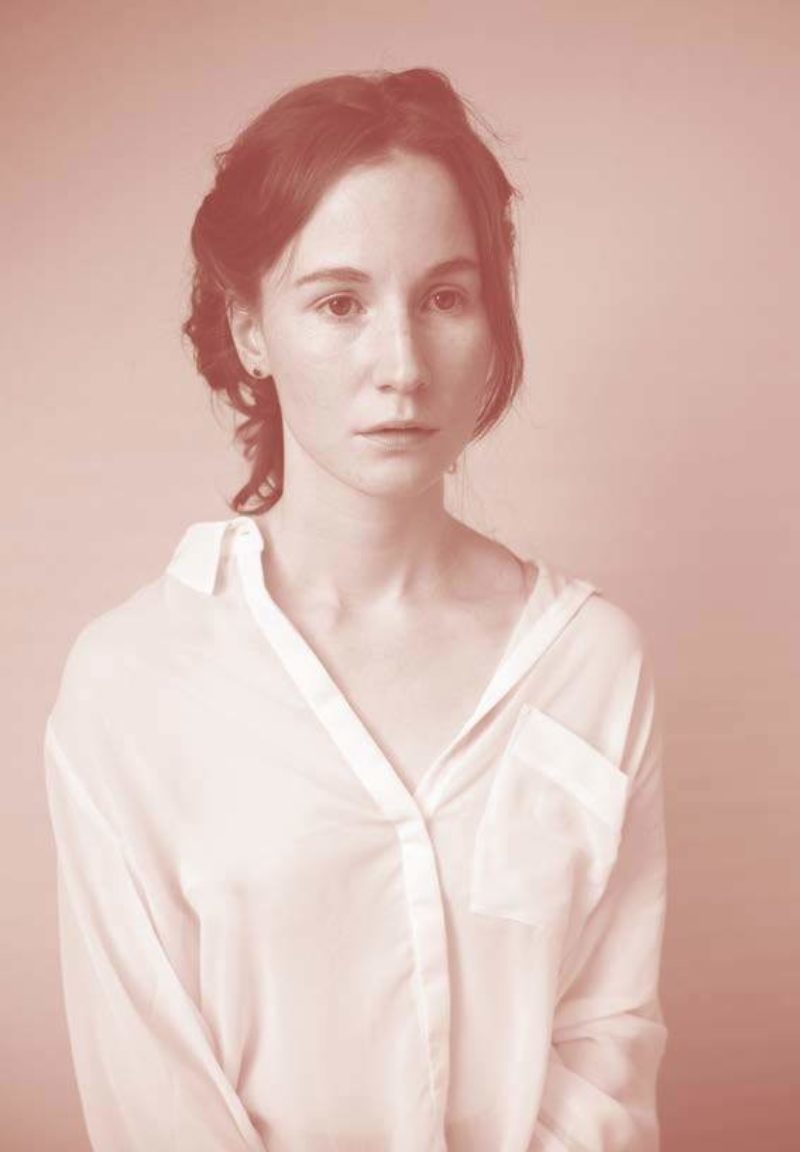 In Bergen, a city where it reportedly always rains, pushed the young artist Stine Janvin Motland the limits of the human voice. As true vocal poet she produces an intens array of sounds, from which it’s hard to believe a human voice is capable of producing it. She released two records in 2014, Oh Wow and In Labour, which are in heavy rotation at the KRAAK office since then.
by Pauwel De Buck

Hi Stine, hope you had a safe jour- ney back to Berlin. How did you end up there? Since you’re originally from Norway. Berlin seems to be the hotspot for today’s young artists. How does the city influence your work and life?

Hi Pauwel, thanks, it was a very relaxing train ride. I had considered moving to Berlin for some years, and I was starting to get very restless from being in Norway. I wanted to see some- thing else, and to find a different focus on my work and the way I was living. I guess the main influence for me is to be surrounded by people who share and challenge my perspectives. I feel very free there, and inspired to work and think.

Listening to your debute LP Labour, released on Lasse Marhaug’s stunning Pica Disk label, I hear a great but unusual combination of vocal sounds and location sounds coming from the outside environ- ment. Why did you go outside?

I had this idea of making a record that was a whole piece on its own, like sort of novel, with different chapters represented by the tracks. So I wanted to give each chapter an identity, where the voice was taking part, rather than stand- ing out, in different environments, spaces and situations. At the time I was working with Lasse on a different project, and it came up that he had been wanting to do field recordings, so we decided to put the two projects together.

What kind of studies did you do? As you developed a specific vocal technique I wonder if you spend much attention on the ‘craftsmanship’ and how you set up parameters for becoming a vocal artist?

Formally I have a bachelor in jazz vocals and teaching, and a master in improvised music, but I started experimenting with different vocal techniques at 17. At that point I had just dis- covered the work of Norwegian jazz vocalist, composer and actor, Sidsel Endresen. I have always been interested in the physicality of singing and using my voice as a muscular source of sound. At one point I was doing very extreme things in terms of pitch, volume, and intensity. The increasing technical virtu- osity was a motivation in itself. Eventually this was less interesting, and I got more into a sort of minimal, almost machine-like expression, focusing on time, textures and composition.

Do you feel connected to the whole history of vocal arts, centred around the Revue OU catalogue of Henri Chopin?

I hear a strong affinity, but on the other hand I could imagine if you just don’t care, as this only puts pressure on the creative output. My focus has always been the sound, and the sound in it self. I never put any other mean- ing behind it. In sound poetry, I often find the performances too illustrative, which I don ́t like, but I have to admit that I ́m not very famil- iar with the genre. Actually this link to sound poetry is something that I wasn ́t aware of before the recent years.

You have been collaborating with many other artists, in a wide range of media. Is there a need to put your own skills in a different setting? Do you search for a certain artistic conflict to redefine your own practice?

I find it interesting to explore my strengths and weaknesses, and I promised myself to never stagnate, so yes, there is a need. I enjoy chal- lenges, and to be able to expand my artistic vocabulary and the context I use it in. The redefinition of practice is as such an ongoing project. Not based on conflict though, as I don ́t see doing something new is conflict- ing with what I did before. This idea of being true to your integrity, is not synonymous with doing the same thing for the rest of your life. I believe that insecurity is a necessity for development, and a change of expression is more like an extension and / or a natural reac- tion to the current or former state.