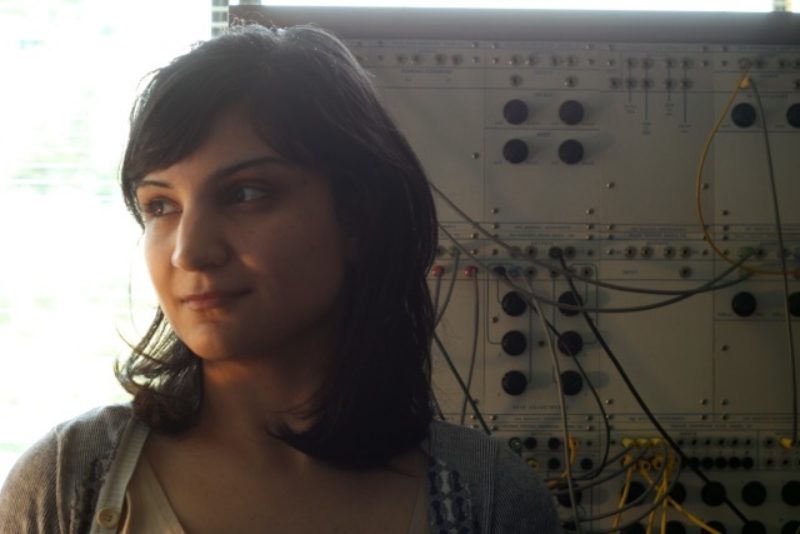 Sarah Davachi is a young canadian composer and musician. She explores deep spaces of hardcore minimalism through the magical rots that avant-garde music once produced: analogue modular synthesis. Here music is rooted deeply in the mystic tradition of drone music. More specific, the beautiful branch planted and cultivated by two other grand ladies in electronic music, Eliane Radigue and Laurie Spiegel, with whom she shares the same interest in overtones hidden in the potential of electronic an acoustic instruments. For the records: Davachi holds a master’s degree in electronic music from the famous Mill’s College.
by Jannis Van De Sande

The Eastern Daze Festival seeks to explore the link between ethnic music and avant-garde. How did non-Western music find its way into your aesthetic?

I wouldn't say that non-Western musical practices factor into what I do in a totally technical or direct way. What I mean to say is that I don't overtly try to incorporate tuning systems or timbral and melodic tropes or anything like that borrowed from those practices into my own work.  Conceptually, though, I would say that I have been influenced by a lot of the theories that surround the function of music and sound in non-Western cultures, which I perceive to be a more contemplative or reflective one that is as much mental and aesthetic as it is physical and visceral.

In another interview you mentioned how “inhabiting a concentrated headspace” is something you try to achieve with your music. This shows an interest in getting some sort of (be it passive) response from the audience. Is reaction crucial for you?

I would agree that that quote corresponds with an interest in getting some sort of response from the audience. I think of it more from a personal stance, though – in other words, I think about how I would want to engage with music like that if I were just the listener and try to set that up for the person on the other end as best as I can. That being said, though, I kind of make the music more to fulfill my own interests in making those sound worlds exist for their own sake. Maybe it sounds selfish, but I often feel like I make music because it's one way in which I can experience the kinds of sounds I want to hear myself; I suppose it's as much about curiosity as it is about control. It's still worth it to me even if I'm the only person who gets it. I also don't have a problem with people taking away things from my music that I didn't necessarily put in there, and I understand that that's a fundamental and equally wonderful function of the aesthetic experience.

The setup you’re using is quite extraordinary and in no way “easy to get”. What attracts you to these old, rare synths? What qualities are you looking for in them?

I've been working with these instruments quite closely in my day job for the past seven or so years and that's really impacted the way that I view them as objects and things-in-themselves and not just instruments. They take up space, they have weight, a feel and limitations, and I think those are really wonderful things to get to know about an object.

I find software (in terms of producing sound – I use compositional software/DAWs all the time) to be expansive to a detriment sometimes, and that world has just never really appealed to me. I like being able to approach something fixed and break it apart to see what it can do. So in a way I feel like I view the synthesizer no differently than a piano or harp or clarinet or whatever. The sound produced is not just a result of the immediate sound-producing mechanism, but of the entire physical entity. There are no accidents in the physical construction and design of an acoustic instrument and I really believe that the same considerations have been taken into account in the design of electronic instruments and related equipment such as microphones and speakers. Sure, nowadays, you can get a great simulator of a Hammond B3/Leslie, but you'll never be able to replicate the sound that occurs when you slightly jiggle one of the drawbars or when you're attempting to push down a rickety, sixty-year-old plastic key as slowly as you possibly can. Those kinds of "analog" or "real" effects just simply can't be simulated and they are the aspects that make that world of instrumentation so magical to me.

Another big part of why I work specifically with analog synthesizers in particular is because of their electronic instability. I love that they never sound the same and that they kind of do their own thing. A central component of the aesthetic experience that I try to create relates to the psychoacoustic effects (overtones/combination tones, etc.) that result when you have multiple sound sources just drifting slightly in and out of one another, which is really what makes the overall texture sound so lush and spacious. Again, the same principle is true in the world of acoustic instruments, too. 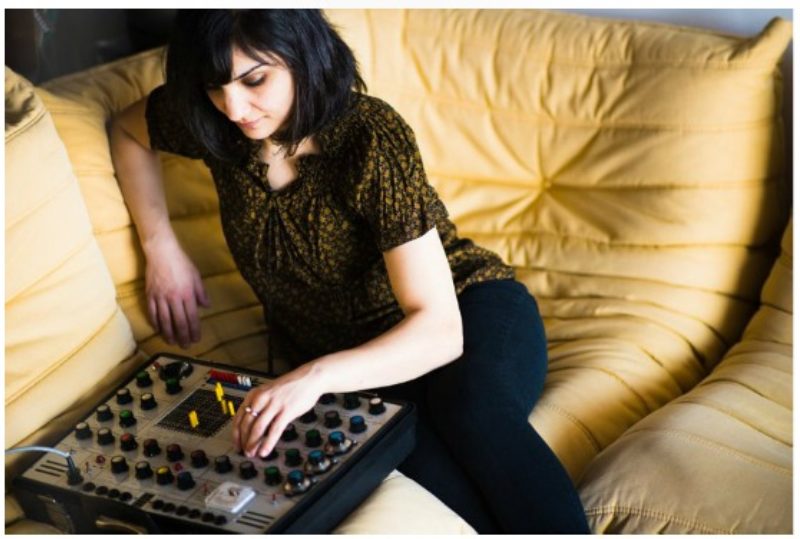 You’re planning on putting out a completely acoustic record, how is it to be working with musicians rather than synths? I can imagine it’s very different, but maybe there are some similarities too?

I guess my experience working with other musicians is a bit different from working with synthesizers in the sense that I don't have as much control to experiment and see what happens; I just sort of tell people what I want and hope that they can make it happen.

I've never composed for voice prior to this, so when I was working with my soprano, I spent a lot of time with her beforehand discussing what was possible and how she could translate a certain idea that I had. When I'm the one who is playing an acoustic instrument that I know intimately – like when I'm recording organ or piano or something like that – it's actually pretty similar to how I work with electronics. There's a lot of experimenting and playing around to see what works. Once I find something that I like I follow it through a bit, always recording what I'm doing. It's different if I'm preparing something for a live context, but when I'm recording I rarely do a full pass of something and just let it be as is. Typically I record smaller portions of things and then work with them in Logic later, which is where the piece really comes together. So, at that point, it makes little difference whether the sounds I'm working with are acoustic or electronic in nature.

I find the best similarity between the acoustic and electronic instruments (at least the older ones that I work with) is that they both have limitations. Yes, synthesizers are perhaps more flexible in their range, but at the end of the day they each only do certain things that are unique to their idiom. I really love that about older electronic instruments.

Some of the pieces seems to be influenced by baroque and maby even flemish polyfonist music. Do I hear this right, and where does it come from as in contemporary experimental music not a lot of people care for it or dare to overtly use it as an influence?

I could definitely see where there would be a Baroque and early polyphonic influence in what I do.  I use a lot of the same basic chord progressions and I certainly hear similarities in the use of pedal points with freer movement above and things like that.  But, again, it's not really a deliberate thing that I'm trying to be implicit about.  For me, I would say that it simply comes as a byproduct of having spent many, many years playing piano and delving into the theory of that kind of music.  I don't know if I would agree that there isn't an influence of that kind of music in a current experimental music.  I feel like a lot of people are returning to the more simplistic harmonic gestures of that era, in some cases directly but in other cases just as an intuition.

Best records of 2017
De Neus Van God handpicked a fine selection of records and concerts that impressed them during the year 2017. In a random order.
by The Avant-Guardian HQ's
Lea Bertucci vs. Sarah Davachi
On November 9th KRAAK and AB Salon presented two rising stars from the new wave of mystic avant-garde composers: Sarah Davachi and Léa Bertucci.
by Niels Latomme