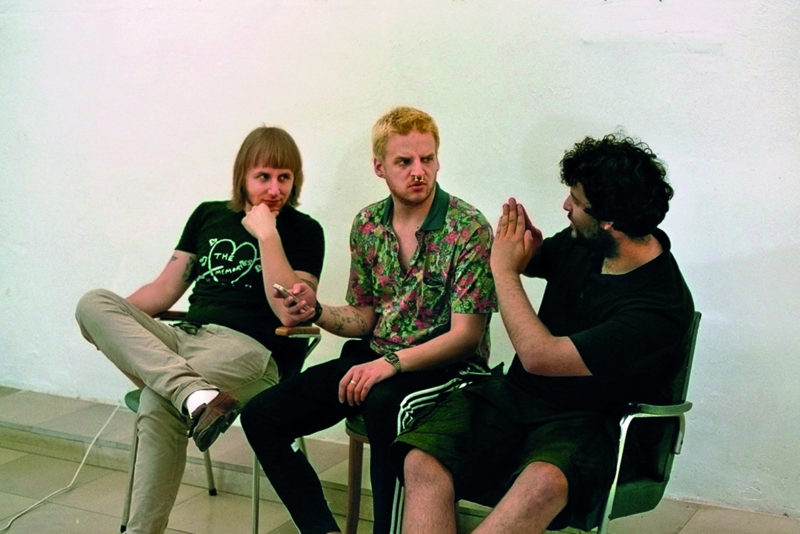 TRANSPORT is a trio made out of notorious names like Vomit Heat, Teks and Nicolas Wandt. You can call it Kraut rock in its most transcendental form, referring to Amon Düül, Ash Ra Temple, injected with a good dose of rattling and percussion. They play on KRAAK’s next instalment of the not so notorious Yung Sheikhs Series, so we conducted a micro bits and bytes interview with Niklas Wandt.
by Niels Latomme

How did the band started?

The band started around 2010 in Essen, Germany under the moniker “panzerdivision Copacabana” playing small DIY shows in the experimental concert series “Denkodrom”

Editorial issue n° 11
Dear reader, Recently I stumbled upon an interesting article, published in the mid-60s. Reading old essays about art is something of a habit of mine. It helps filtering out the noise that is inherent…
by Niels Latomme
Transport
There still are big chunks of unknown territory left to unveil in the KRAUT rock genre. The fine lads of Transport bravely dedicate their lives to the exploration of those undiscovered realms. The col…
by Transport