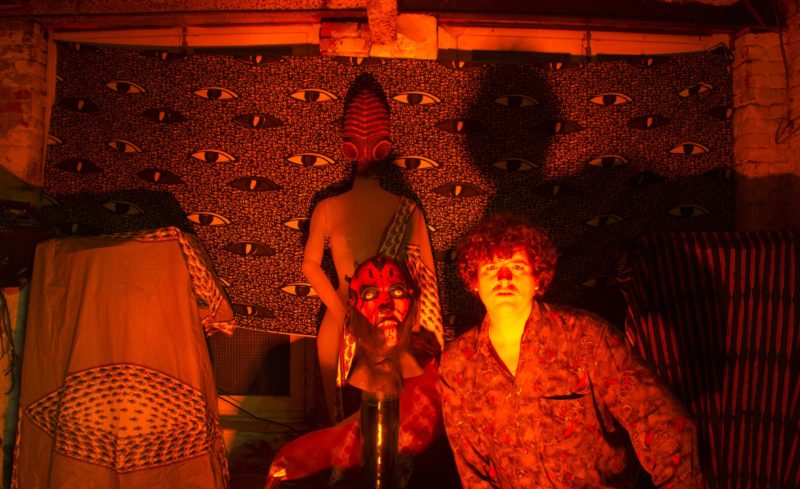 One could easily say US experimentalist Spencer Clark is the ultimate shapeshifter. Notorious with ‘partner in drone’ James Ferraro as The Skaters or on his own under hilarious monikers like Monopoly Child Searcher, Vodka Soap and Black Joker amongst many others. Under his latest alias Typhonian Highlife he recycles the trashcans of forgotten eighties electronics and adds a heavy dose of new age mysticism and vhs-induced fever dreams. His record ‘World of Shells’ - out now on the Belgian Kraak-label - is a masterclass of dystopian exotica. Yes, that’s a genre now.
by Gabriela Gonzàlez

There is no one way to introduce Spencer Clark. More like, there are multiple introductions to be made, all into the different auras that he’s created over the years.  With the Skaters, he assumed half of a gurgling persona, swallowed by the crackling echoes and screeches of two encephalic hemispheres colliding and bouncing off of each other in a holy feedback dance. Alone: initiatory rites and ceremonial intonations rattle off with Vodka Soap; warped melodies construct a funnel of escapist symbolism and spiritual freedom through Monopoly Star Child Searchers; and, most recently, the dream world of Typhonian Highlife brings forth the arcane, the uncanny, and the archetypal through the lost sounds of distant memory.

But Spencer Clark is really a total dude – yes, in the Lebowskian sense. You see him ambling towards you, wearing that Inspector Gadget trench coat and his signature snarl, and will most likely be greeted by a wave of goodwill, perhaps with “Hey G, how’s it vibin’?” or something along those lines. Something evocative of the surfer movies and 80s TV you saw but never lived. Which is why it seemed fitting to ask about this strain that someone who’s never been to California and never fully experienced that sorta kowabunga state of mind could attribute as being embedded in his DNA. Might explain the slang, the cartoon faces, the video game appreciation. Might not. But visions of Pinhead and the recent summoning of Darth Maul as a swaying female apparition show that there are projections at work. Indeed, the World of Shells Video Club has a place in the world today…

In the 80s and early 90s video stores were so packed out of renters that small visionary directors began to have bigger budgets to Imagine greater heights… I am not interested in the slashing and the murder so much, as an Imagineer’s gift of willing visions to happen!  Just like Disneyland, the Typhonian Highlife record presentation was meant to physically present the imagination of the landscape of the record!  One time only. Here are three movies that helped me make this record! 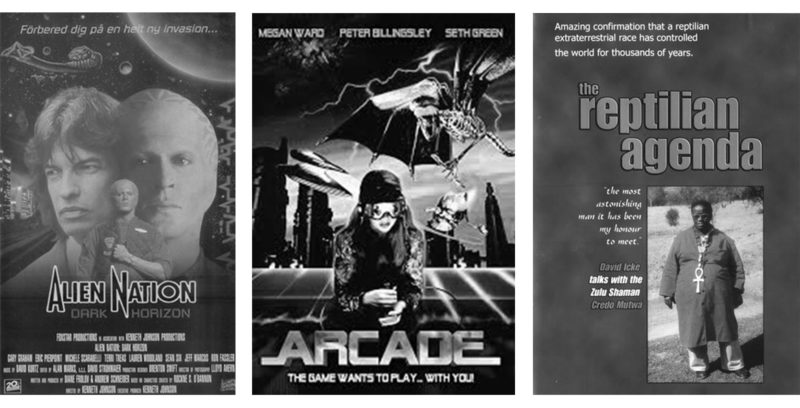 After the original Alien Nation movie, they made a TV SERIES. Then it got canned, so the director decide to then make 5 MADE FOR TV MOVIES. What dedication.  The aliens are called newcomers! The newcomers embrace this sort of junk-new age style.  They are into really elaborate new age world music dress, and play pretty sick new ambient fusion music.  The director went full on for the set design and the aesthetic, filling in all possibilities.

The Reptilian Agenda with Credo Mutwa

Credo Mutwa is one of the true influences for “THE WORLD OF SHELLS”. He was an Artist in Afrika who created sculptures and paintings based on secret myths of pre-history alien being, called THE CHITAHOORI… In this video he is interviewed by David Icke, who is a drone.  But Icke doesn’t talk much.  All you get is six hours of very fantastic story telling.  I am not concerned about whether his theories and stories are true, because the theories obviously do have a creative effect, and his work and language and style are what makes one, an “Imagineer”...

“Arcade” hasn’t much real effect on “The World of Shells”, it has an effect on life as I know it! There is no better example of raw budget special effects.  Straight up and down Virtual Reality Electronic Cenobytes on a LawnMower Man-type Grid. The director just believes in his world, and for me that is the most important quality to art, a true belief in your fantastically flexing head. 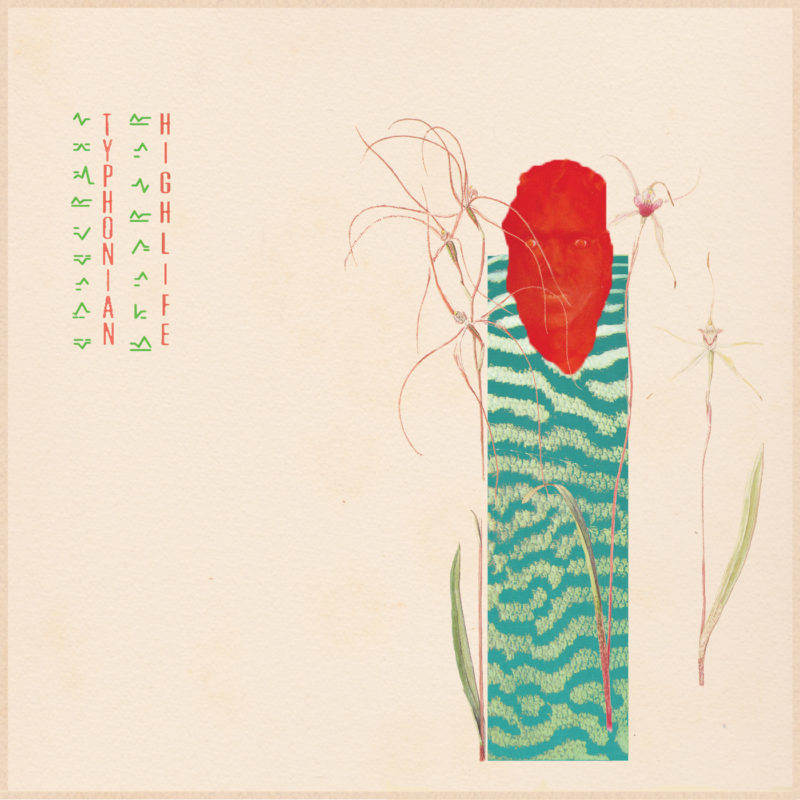 Transparant
AN ESSAY ON SEA URCHIN AND SPENCER CLARK'S TYPHONIAN HIGHLIFE. In October 2016, KRAAK presented "Yaqaza" by Sea Urchin and"The World of Shells" by Typhonian Higlife. They were presented on a mindblow…
by Lieven Martens Moana
Editorial issue n° 8.1 — Eastern Daze III
We proudly present you the third edition of the Eastern Daze festival, a co-joined effort between Sound in Motion, Vooruit, and ourselves. This edition is again loosely inspired by the common and para…
by Niels Latomme
De Neus van God
A springtime edition with tons of loner folk and quotes by Johan Cruijf.
by De Neus van God